AURORA,Colorado, July 20, 2012, 9:37 PM – A gunman clad in body armor and wearing a gas mask opened fire on moviegoers at a midnight showing of the latest Batman movie Friday, killing 12 and injuring dozens more in one of the deadliest mass shootings in recentU.S.history.

In an early evening press conference Friday, Colorado Gov. John Hickenlooper announced that 30 people were hospitalized, 11 of those critical. The total number of people injured was corrected to 70, not 71 as reported earlier — 12 of them fatalities.

Aurora Police Chief Dan Oates says the last of the 10 deceased victims from the midnight showing of a Batman movie was removed from the theater Friday afternoon.

Coates says officers expect to get a confirmed list of the deceased and meet with their families Friday night.

The violent and chaotic scene erupted at about 12:30 a.m. local time as the suspected gunman, identified as 24-year-old James Holmes, stood at the front of one of the Century 16 theaters at the Aurora Mall where “The Dark Knight Rises” was playing. Witnesses reported that the gunman entered the theater through an emergency exit door and authorities said he threw two gas canisters before opening fire.

“Then it was a blur,” Spenser Sherman told “CBS This Morning” said. “Then I heard a couple gunshots.”

“I thought it was part of the movie, like a fun little prank – that it would be over in a few seconds. It obviously wasn’t.”

She said she only saw a silhouette of the suspect, and that the gunman said nothing.

James Holmes, age 24, is in custody after shooting during a midnight showing of “The Dark Knight Rises” inAurora,Colo.(Credit:UniversityofColorado Denver)

“Everybody had dropped to the floor after the first couple gunshots, and then he fired some more. And then after that, there was a pause in the gunshots. Some people say he was reloading, I don’t know. But at that point, my boyfriend was like ‘This is the time, we need to go, we need to get out of the theater right now.’ So we ran.”

Jennifer Seeger told CBS station KCNC the suspect first fired up towards the ceiling, as if to scare people, and then started spraying the audience. He pointed the gun directly at her; she ducked. “He had a gas mask on so I couldn’t see his face,” she said. “All I smelled was gunpowder in the air, and gas was getting to me.”

The suspect marched up the aisle in the stadium-style theater, picking off those who tried to flee, witnesses said. Authorities said he hit 71 people. One of them was struck in an adjacent theater by gunfire that went through the wall.

“He would reload and shoot and anyone who would try to leave would just get killed,” said Seeger, adding that bullet casings landed on her head and burned her forehead.

Within minutes, frantic 911 calls brought some 200 police officers, ambulances and emergency crews to the theater. Holmes was captured in the parking lot. Police said they later found that his nearby apartment was booby-trapped.

Authorities gave no motive for the attack. The FBI said there was no indication of ties to any terrorist groups.

Holmes wore body armor, used an assault rifle, a shotgun and a Glock handgun, Oates said. He said investigators are confident the gunman acted alone. A second Glock handgun was found in Holmes’ car. All the guns were purchased legally between May 22 and July 6 at threeColoradostores, CBS News correspondent Bob Orr reports.

CBS News has learned that some loud music blaring from Holmes’ apartment around the time of the attack allegedly was designed to draw a noise complaint from a neighbor, thus luring police into his residence, sparking a firebomb and diverting resources from the movie theater.

A federal law enforcement official said the suspect bought a ticket and went into the theater as part of the crowd. He is believed to have propped open an exit door as the movie was playing, put on protective ballistic gear and opened fire. The official spoke on the condition of anonymity to discuss the ongoing investigation.

After initially cooperating with police, Holmes has since gone quiet, leaving authorities still searching for a possible motive, Orr reports. Police confirmed that he had dyed his hair red, CBS News senior correspondent John Miller reports. New York City Police Commissioner Raymond Kelly said Holmes told authorities he was “the Joker,” a reference to one of Batman’s arch-enemies. Kelly didn’t reveal the source of his information, but he is reportedly close to Aurora Police Chief Dan Oates, who is an NYPD veteran.

Federal law enforcement officials said there is no indication it is terrorism-related.

Authorities started to remove the bodies from the theater on Friday afternoon. Officials wheeled a black bag on a stretcher out of the front entrance, placing it in the back of a minivan. Ten people died in the theater, while two others died from their injuries later.

Aurorapolice say victims are still being identified and not all the families have been notified.

Jessica Ghawi, a sports blogger also known as Jessica Redfield, is among the dead, her brother confirmed.

Jordan Ghawi told The Associated Press his sister’s death comes as a “complete and utter shock.”

Ghawi recently wrote of leaving aTorontomall moments before a June 2 shooting that left one dead and seven injured.

Jordan Ghawi said on his website that a man who was with his sister at the theater described the chaos, saying he and Jessica Ghawi dropped to take cover when the gunman first started shooting. Jessica Ghawi was shot in the leg, her brother wrote, describing details relayed to him by a man identified on the blog only as a mutual friend named Brent.

Jessica Ghawi began screaming when she was shot, and the man with her tried to calm her and stop the bleeding, according to Jordan Ghawi.

The man was then shot, but he continued attending to Jessica Ghawi’s wound before he realized she had stopped screaming, Jordan Ghawi stated. The man said Jessica Ghawi had been shot in the head.

Some of the injured were children, with the youngest a 3-month-old baby who has been released from treatment. Victims were being treated for chemical exposure apparently related to canisters thrown by the gunman.

The Pentagon said three military members – one sailor and two airmen – were wounded in the incident. Another sailor remained unaccounted for.Aurorais home to a large Defense Department satellite intelligence operation at Buckley Air Force Base.

The nature of the attack suggests it was well planned. The suspect’s vehicle was parked at the rear of the complex, near the emergency exit where he was reported to have entered from.

Those who knew Holmes described him as a shy, intelligent person raised inCaliforniaby parents who were active in their well-to-do suburban neighborhood inSan Diego. Holmes played soccer atWestviewHigh Schooland ran cross-country before going to college.

On Friday morning, police escorted Holmes’ father, a manager of a software company, from their home while his mother, a nurse, stayed inside, receiving visitors who came to offer support. Holmes also has a younger sister.

“As you can understand, the Holmes family is very upset about all of this,” Lt. Andra Brown, theSan Diegopolice spokeswoman, told reporters in the driveway of the family home. “It’s a tragic event and it’s taken everyone by surprise. They are definitely trying to work through this.”

Police released a statement from his family that said: “Our hearts go out to those who were involved in this tragedy and to the families and friends of those involved.”

There have been no indications so far that Holmes had any run-ins with the law before Friday.

Tom Mai, a retired electrical engineer, said Holmes was a “shy guy” who came from a “very, very nice family.”

Holmes graduated fromUniversityofCalifornia,Riverside, in the spring of 2010 a bachelor’s degree in neuroscience, a school spokesman said. Mai said the mother told him Holmes couldn’t find a job after earning a master’s degree and returned to school.

In 2011, he enrolled in the Ph.D. neuroscience program at the University of Colorado-Denver but was in the process of withdrawing, a university spokeswoman said.

Holmes lived in an apartment inAurora, and FBI agents and police who went there discovered it was booby-trapped when they used a camera at the end of a 12-foot pole to look inside.

It was the worst mass shooting in theU.S.since the Nov. 5, 2009 attack atFort Hood,Texas, when an Army psychiatrist killed 13 soldiers and civilians and more than two dozen others wounded. 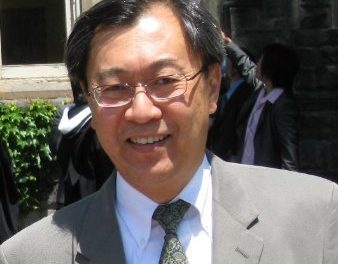 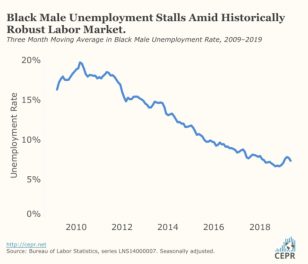