It is known that flexibility and an opportunistic attitude are indispensible not only to business success, but success in politics as well as in other arenas. If you take a close at China for example, you will find that this formerly communist country is today not only a capitalist nation, but one of the most highly competitive ones in business around the world.

The author Richard Carney, a faculty member at the China Europe International Business School (CEIBS) established in 1994 in Shanghai, points out that after the end of World War II, liberal democracies sprung up in Asia and prevailed over communism. But he asserts: “Rather than rejecting capitalism, authoritarian leaders harness it to uphold their rule.”

Vietnam is good example besides China, of a formerly communist country that is now a capitalist one, with its economy growing at a relatively fast clip compared to some others in its region. From 2000 to 2018, the growth rate of its gross domestic product (GDP) has averaged 6.26 percent, according to the website Trading Economics.

It makes sense to discover the economics and politics of this country and find out why this is the case. Is it because the Vietnamese were long deprived of the material goods that were abundant in neighboring countries, and rapidly bought them after the war ended there?

This book is based on extensive research about East Asia’s largest corporations and sovereign wealth funds that are influenced by authoritarian rulers. (Some of them appear to be benevolent, based on my observations during trips).

Carney writes that a new type of ‘democracy’ that he calls ‘a statist-authoritarian model’ has emerged in the last few decades in East Asia. But China’s is not the most aggressive version of this model. Rather, they can be found in two relatively smaller countries: Malaysia and Singapore. Let’s take a brief look at their economic numbers

Malaysia’s GDP grew at an average of only 1.44 percent from 2000 to 2018 while Singapore’s GDP growth rate has averaged 6.77 percent for 43 years, from 1975 to 2018. The answers to this question can found in the Preface and in chapters 6 and 7. Malaysia’s ruling party may be dominant, but is characterized as weak, whereas Singapore’s ruling party is described as ‘strong’. There are however, other reasons discussed in these chapters

While the state-dominated Malaysian and Singaporean economies are small, the author asserts: that “the implications are profound because one-third of all countries in the world possess the same type of regime. With an increasing number of these regimes establishing sovereign wealth funds, their abilities to intervene in the corporate sectors of other countries is rapidly expanding.”

We present below a list of the chapter titles of this book to serve as an overview of its contents:

In a world where economics matters so much in the lives of people working to improve their standards of living, it makes sense to understand and compare the political structures of countries that are moving ahead faster economically against those that are slower. Richard Corey provides us crucially important facts and shares his very valuable insight acquired over the years. This book is a compelling read.

Richard W. Carney is a faculty member of the China Europe International Business School (CEIBS). His articles have appeared in professional publications such as the Journal of Financial Economics, Business and Politics, and the Review of International Political Economy.

He is also the author of Contested Capitalism: The Political Origins of Financial Systems (2009) and editor of Lessons from the Asian Financial Crisis (2009). Prior to CIEBS, he held faculty positions at Australian National University and Nanyang Technological University in Singapore. He was also a Jean Mommet Fellow at the European University Institute in Florence, Italy 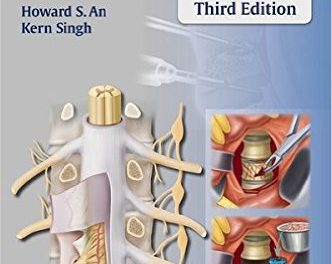 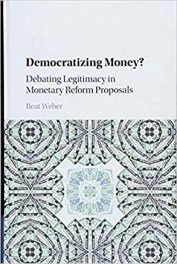