The knowledge of diseases of the mouth and nearby structures has grown tremendously over recent decades, and so this new edition was released in 2017. This book of nearly 700 pages in length with more than a thousand images accompanying its text is currently one of the largest and most important ones in oral medicine available on the market.

It is the book to have for any specialist in this field. This medical specialty is sometimes referred to as stomatology, and is some sort of an interface between medicine and dentistry. The popularity of this book is reflected in the fact that it currently ranks on Amazon a very high No. 182 in books on otorhinolaryngology, and No. 419 among books on dentistry. Another evidence of its wide use is of course that this book is now in its fourth edition.

The author of this book Dr. Laskaris has had more than 40 years of experience in oral medicine, according to the Foreword writer Dr. Stephen Porter, who is Professor of Oral Medicine and Director of the UCI Eastman Dental Institute in London.

That Dr. Laskaris has developed a very broad and deep knowledge in the diagnosis and treatment of numerous diseases of the mouth and surrounding anatomy is evident from the extensive and intensive coverage of a wide range of topics in the 43 chapters of this tome as shown below:

Appendix: Classification of Oral Lesions and Diseases According to Morphology, Color, Biopsy

This work is not just a textbook but an atlas, with photos, many of them in close range, that show ailments, diseases, and disorders that you may have no knowledge of, or never seen before. You will also find common diseases such as vitiligo (de-pigmentation around the lips and facial area) discussed, but may be surprised to learn that its precise cause remains unknown.

One of the rare diseases discussed is White Sponge Nevus, also called Cannon’s disease. This is covered in chapter 25 of the book entitled Genetic Diseases, and shown on pages 304-305. It is an autosomal dominant disorder having mutations in the genes with keratins 4 and 13 being the cause. The lesions commonly appear during birth or early childhood.

Another genetic disease – affecting not only the mouth but also the eyes – shown and discussed in this chapter is Hereditary Benign Intraepithelial Dyskeratosis (HBID). It was first discovered in North Carolina inhabitants, as Dr. Laskaris writes, where a mix of three different races had occurred (Indian, African-American, and Caucasian).

HBID was also found among the Haliwa-Saponi Native Americans, according to an article by Tina Bui, et. al. entitled Hereditary Benign Intraepithelial Dyskeratosis: Report of a Case and Reexamination of the Evidence for Locus Heterogeneity published on February 20, 2014 in volume 37 (2016 issue) of the journal Ophthalmic Genetics.

In all of the chapters of this extensive volume, the layout used makes it easy for the reader to get a ‘bird’s eye’ view of the diseases, with typically two diseases presented on the left page, and three large photos with captions on the right page.

The left page (in this case page 304 of chapter 25) presents information with the following typical headings. The two diseases discussed are White Sponge Nevus and Hereditary Benign Intraepithelial Dyskeratosis.

The lists of References pertaining to all chapters are presented together at the back of this book, instead of at the end of each chapter.

Some of the key features of this book are:

In sum, this is an extensive, intensive, and excellent reference for practicing oral medicine specialists as well as those intending to enter into this field.

George Laskaris, MD, DDS, PhD is Assistant Professor of Oral Medicine in the Medical School at the University of Athens in Athens, Greece. He is also former Consultant of Oral Medicine in the Department of Dermatology at “A” Sygros Hospital in Athens, Greece, and Visiting Professor at the University of London in London, England. 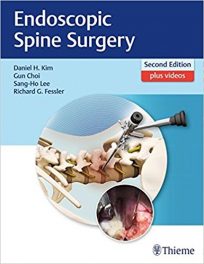 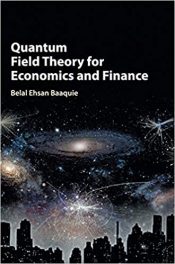 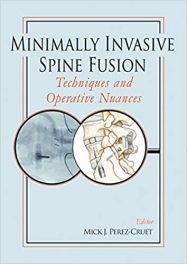