Economic booms and busts provide valuable lessons for a desirable future with stability and low inflation, and steady growth in living standards for people at all income and asset levels.

In this book, financial historians look at the past 225 years (1790-2015) and point out the causes behind the periods of economic decline, stagnation, and advancement in the United States. Most of the outcomes, good or bad, had to do with beneficial allocation of capital, and the need for the right amounts and types of regulatory controls.

They point out that in most cases, several factors, and their interplay in particular situations, determined the course of outcomes: crises, finance, growth, human resources, immigration, international trade, land, regulations, and technology.

Eleven specialists in economics and related fields (banking, business, finance, history) including the two editors – most of them being university professors, researchers, and fellows, with some in government – authored the eight chapters of this compact book. We list the tiles of the chapters below to give you an overview of what you will find in this work:

Early studies of economic growth in the United States pointed out that it was due mainly to the availability of resources, trade and technological change. The growth in income levels was attributed to the abundance of arable land and the immigration of hard-working, talented people. The role of banks in providing capital for economic development was just not part of the overall analysis and discussion.

Subsequent studies, on later periods of U.S. economic history, particularly by Richard Sulla in 1998, discovered that the emergence of financial institutions had accelerated U.S. economic growth. The editors write in their Introduction:

“In particular, the financial innovations envisioned and implemented by Alexander Hamilton, the nation’s first Secretary of Finance, created an institutional structure that allowed the United States to become world’s dominant economic power by the time of World War I. Earlier scholars underestimated the complexity, modernity, and size of the early financial system.”

The editors point out that Sylla’s research on post-colonial American economic growth showed how important the early emergence and development of financial institutions were, to impel and accelerate that growth.

Further, Peter Rousseau and Richard Sylla provide an ‘econometric demonstration’ of the importance of financing in spurring growth, sometimes termed the ‘finance-growth nexus’. They showed in their 2005 work that the spurt of America’s early growth was due to the financial reforms of the 1790s.

This is an authoritative, excellent book for students of U.S. economic and financial history. It provides cause-effect relationships based on solid research, making it important and valuable.

Peter L. Rousseau is Professor of Economics at Vanderbilt University in Nashville, Tennessee and secretary-treasurer of the American Economic Association. He is a macroeconomist and economic historian who studies the role of financial markets and institutions in growth and development.

Paul Wachtel is Professor of Economics at New York University’s Stern School of Business. He has published extensively on macroeconomics, monetary policy, and central banking. He is the co-editor of Comparative Economic Studies and a consultant to the Central Bank of Croatia. 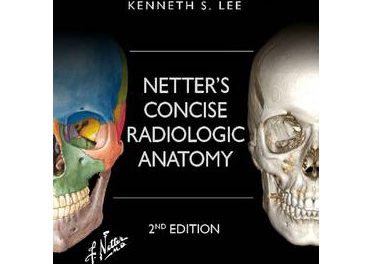