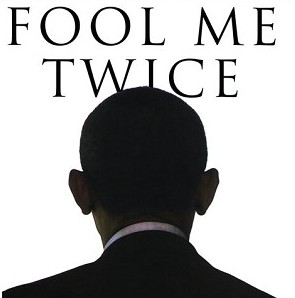 Barack Obama has succeeded, for the most part, in fooling America for thinking that he is an “amateur” (the title of a recent book on him). And that he is naïve and stupid and incompetent to govern. Obama may have no experience whatsoever as an administrator or a creator of jobs that produce new income, but Aaron Klein writes that on the contrary, Obama is a highly skilled politician of the most radical and leftist bent “who has spent a lifetime preparing to reach the pinnacle of American power, and is for the most part succeeding in implementing (his)  progressive socialist agenda.”

Klein and his fellow New York Times bestselling author Brenda J. Elliott warn in this book that if Barack Obama wins re-election, the America of equal opportunity for all, a constitutionally limited government, economic freedom and personal liberty will become a distant memory.

Barack Hussein Obama, who wrote his 1995 memoirs Dreams from My Father before he came into power, had a Muslim father – Barack Obama Sr. – who was a communist. Barack Jr. embraced his father’s “dreams” as well as his anti-colonialist thinking that America had exploited people in other countries for its own economic benefit.

Barack Jr. writes in those memoirs: “At night, in the dorms, we discussed neocolonialism, (the socialist, anti-colonialist revolutionary) Franz Fanon, Eurocentrism, and patriarchy. When we ground out our cigarettes in the hallway carpet or set our stereos so loud that the walls began to shake, we were resisting bourgeois society’s stifling constraints. We weren’t indifferent or careless or insecure. We were alienated.”

It is no wonder that his recent remarks to raise taxes on the “rich” reflect his anti-Bourgeois sentiment that he has been nursing over the decades in his heart. And it is no wonder that his association with socialists explain his desire and actions toward a bigger U.S. federal government with no regard whatsoever to where the money is going to come from to create it. Massive borrowing, deficit-spending and growth of U.S. debt has, as a matter of fact, made his other “dream” from his father a reality: to weaken America economically and to strengthen other nations.

The authors of Fool Me Twice write about the shocking plans of Barack Obama to convert the United States into a government-controlled socialist state, in which he plans to execute his secret agenda to:

Aaron Klein writes in his introduction of Obama’s association with socialist and anti-Middle East peace people who have influenced his thinking:

“My own Middle East investigations led me to first piece together Obama’s extensive relationship with unrepentant Pentagon-bomber Bill Ayers, penning an article that broke into a major issue in the 2008 Presidential campaign.”

“I also first documented Obama’s close personal and professional ties to the PLO-connected, anti-Israel professor Rashid Khalidi, as well as a host of other nearly lifetime ties to radical groups and anti-American personalities, including the Nation of Islam, the Association of Community Organizations for Reform Now, or ACORN, and the Service Employees International Union (SEIU).”

The book states that the two authors did painstaking research going through thousands of documents that reveal Obama’s past as a leftist, his strong leanings toward socialism, government control of people, and his desire for redistribution of wealth and income. In particular, they reveal of Obama’s longtime association with the socialist movement and its leaders since before he became a junior senator from Illinois.

Then, they lay bare his past strategy of lying to and fooling the public and his current detailed, secret plans for the next four years that will weaken America economically and militarily and install a strong government, severely limiting people’s freedoms and rights.

They write that in 2008 when he was running for President, Obama concealed his true intentions behind rhetoric that he would end partisan differences and cut deficit-spending.

The result has been the exact opposite: Obama has brought in greater divisions between the two main political parties and between the “rich” and the “middle class.” And his willful actions (described by Republicans merely as “reckless spending”) have created unsustainable, annual trillion-dollar deficits that have increased government debt by more than 50 percent in just 44 months, from $10.6 trillion in January 2009 to $16 trillion in August 2012.

Using the same ploy to deceive the public in 2008, Obama is promising in 2012 in his re-election campaign to create (government) jobs (through borrowing and deficit-spending) and to overhaul immigration policy. He is going to take further actions to weaken the United States economically and militarily. All his past and future plans are part of a program make the United States into a government-dominated socialist state, the authors point out.

Not only does Obama’s motive to weaken America economically explain his vast explosion of U.S. debt by $5.4 trillion or more than 50 percent in less than four years over what took more than two centuries to reach the level of over $10.6 trillion, it also clearly and emphatically explains the massive money-printing of over $2 trillion since the beginning of 2009. This second action has also weakened America by spawning inflation and devaluing the U.S. dollar, causing the prices of precious metals to skyrocket. Fool Me Twice is a compelling, eye-opening, must-read book. 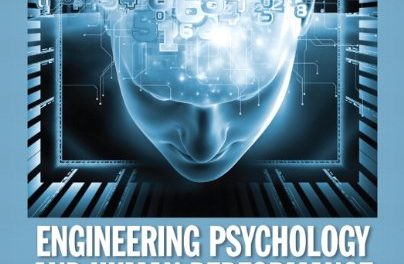 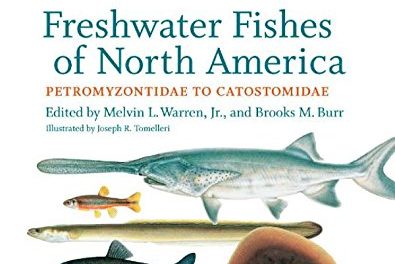 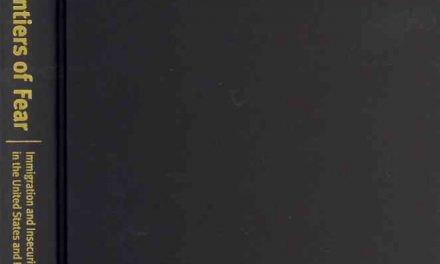 Book Review: Frontiers of Fear: Immigration and Insecurity in the United States and Europe

Book Review: Writing and Power in the Roman World – Literacies and Material Culture