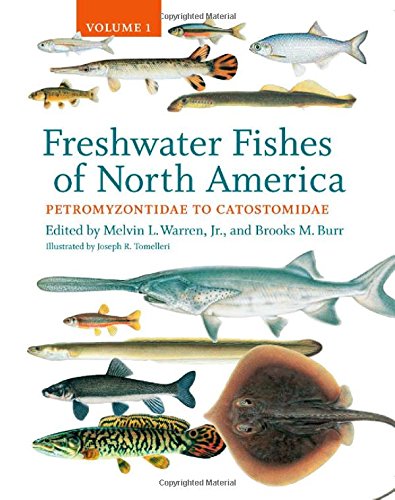 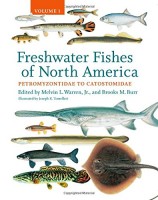 This is an outstanding book in ichthyology because of its comprehensive coverage of freshwater fishes in the continent of North America, of which there are 1,200+ species in 50 families. The authors discuss the fishes’ behavior, conservation, distribution, ecology, fossil record, morphology, reproduction, and taxonomy.

It is an essential reference source – as a large, hardbound reference work, almost an encyclopedia  – for the library of anyone whose work or interest includes the study of fishes.

As graphic aids are critically important in learning any subject, this book contains excellent artwork by Joseph R. Tomolleri: black-and-white and color drawings of fishes (and other sea creatures) and their anatomies; charts of their classifications, habitats, populations, etc.; maps of areas where they abound;  photos, in full color in their own environments; and tables of their many characteristics such as age and length, for example.

This book consists of 13 chapters by 23 experts, named at the end of this review. These are people in research laboratories, aquariums, laboratories, museums, and universities who’ve used their experience, insight, and knowledge in writing the material for this large book.

The first two chapters cover ecology, evolution, and mating behavior, in general, of all fishes in North America which includes Canada, the United States and Mexico. The other eleven focus on particular fish families. Here is an outline of what is covered in this book, by chapter:

An extensively researched book, the lists of references cited in this book take up 135 pages, or more than twenty percent of its total length. In addition the two indices – the general index and the index of scientific names – take  up another nearly thirty pages.

Indeed, the editors – Melvin L. Warren Jr. and Brooks M. Burr, the highly talented illustrator Joseph R. Tomelleri, and the authors named below have put in a lot of hard work to put this authoritative volume together, which is one undoubtedly one of the best in its field.

Melvin L. Warren, Jr. is a research biologist and team leader of the Aquatic and Terrestrial Fauna Team at the Center for Bottomland Hardwoods Research, Southern Research Station, United States Department of Agriculture Forest Service.
Brooks M. Burr is a professor and curator of fishes in the Department of Zoology at Southern Illinois University.
Joseph R. Tomelleri’s illustrations have appeared in more than 350 publications including advertisements, books, identification guides, magazines, and newspapers.

Book Review: The New Atlas of World History: Global Events at a Glance 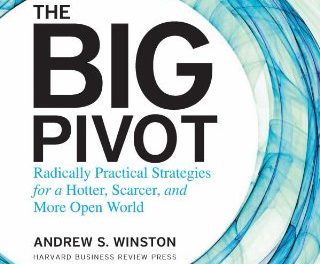 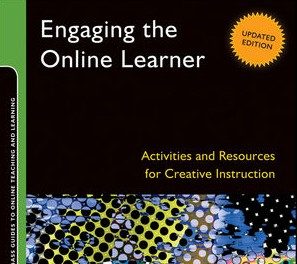