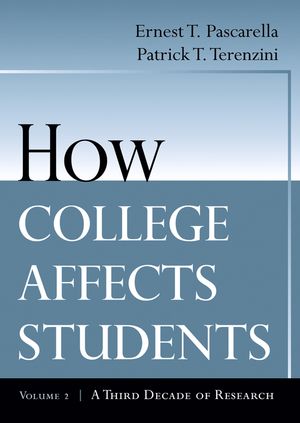 This book by Professors Ernest Pascarella and Patrick Terenzini is the third edition of a book that was first published in 1991 with the same title: How College Affects Students. It was a synthesis of some 2,600 research studies on the impact of college education and experience on students.

The pioneers in the field of research on college students are Kenneth Feldman and Theodore Newcomb, who wrote and published their landmark book The Impact of College in 1969. That work was based on around 1,500 works of research that represented a bold entry into a then virtually un-chartered territory.

With new discoveries in this field constantly cropping up, the authors compare their vast effort in producing this large volume to painting the Golden Gate Bridge from one end to the other, only to find that right after finishing the job, they have to repaint it all over again to prevent their summary of research from becoming outdated or even invalid in some aspects.

To make their point, the authors quote the trailblazing Feldman-Newcomb duo: “if one believes in the cumulative nature of science, then periodic stocktaking becomes essential for any particular arena of scientific endeavor.” The author duo then emphasizes the importance of field research workers to “determine where they have arrived and where they might go.”

Who benefits from reading this book, and using it as an invaluable reference source? The range of the audience for the research findings laid out and discussed in this tome is large and varied. To college presidents to student affairs administrators and staff, to graduate students preparing to work in this field, to people in allied fields such as anthropology, business administration, economics, psychology and sociology, this book provides  a goldmine of highly useful data.

What is the coverage of this book? The Contents page gives you an overview of the topics in the book’s 12 chapters. The summaries of findings of almost 2,600 research studies conducted over two decades – 1970s and 1980s – for this book were first published in 1991 and updated twice later, deal with many areas of student behavior.

Among those areas are: college outcomes, student change, subject matter competence, cognitive skills and intellectual growth, psychological change, attitudes and values, moral development, educational attainment and persistence, career and economic impacts of a college education and interaction on campus, and quality of life after college. A summary of how college affects students in many ways, and the implications of the findings for research, practice and policy, follows at the end.

The discoveries made from field investigation and research are also presented in figures and tables. Figure 2.1 for example, presents A Longitudinal Model of Institutional Departure on page 55 by a researcher named Tinto. He described it as “an interactive model of student departure” which is “primarily sociological in character.”

The figure illustrates the factors that affect and lead to student departure over a time period, among them being pre-entry attributes such as family background, skills and abilities, and prior schooling; goals and commitments upon entry into college;  institutional experiences such as academic performance, faculty-staff interactions, extracurricular activities and peer-group experiences; integration on academic and social levels; goals and commitments prior to departure; and the final outcome, being the departure and he decisions that led to it.

Tables are available in the chapter 11 which is essentially a summary of the research findings covered in the book. For example Table 11.1 entitled Estimates of Freshman-to-Senior Gains, Pre-1990 on page 573 shows you the sizes of the effects on various skills (e.g. critical thinking, quantitative, speaking, and verbal), specific subject matter knowledge, conceptual complexity, etc.

This large book on the impact of college on students is probably the most valuable recent work in this important area of research. A lot of work has gone into it by the authors Pascarella and Terenzini in this updated edition. We commend them for this excellent product and contribution of new knowledge in this field.

Ernest T. Pascarella is Mary Louise Peterson Professor of Higher Education at the University of Iowa. He has received many awards for his research from national professional and scholarly institutions. 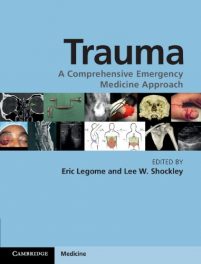 Book Review: The End of Money 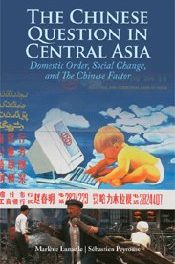