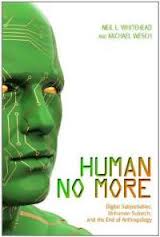 Most of you college graduates out there took an anthropology course in college but did you ever come across the term ‘post-human anthropology’? In short, anthropology is the study of man (look for a detailed definition below).

This book is about the present and the future nature of humans, something I would describe in our current evolutionary stage as ‘cyber beings’.

A good example of a cyber being I suppose would be someone who starts a Facebook account, gets a lot of postings on it from real friends, and from Facebook ‘friends’ as well, people you have never met personally but accepted their offer anyway to become your ‘friend’, simply by clicking on the “Confirm” button.

Some people have thousands of Facebook ‘friends’ whom they have never met. Are you among those in this situation? Of these, you probably have not interacted online with probably 95 percent of them. Some among the other five percent may interest you enough, so you may have spoken on the phone with them. And if a number of those you spoke with have sparked enough desire in you, you may have personally met them.

Where and how far you take this relationship (whether it is business or social in nature) with a Facebook ‘friend’ after a personal meeting is all up to you. We have heard about people who found girlfriends or boyfriends, even wives or husbands through Facebook.

Have some of you noticed that when you have thousands of  ‘friends’ on your personal Facebook site, hundreds of postings are added on it by random people even when you have not added a thing on it for months?

We live in an increasingly digital world. We have transitioned from being merely a physical human being to now having a digital dimension of ourselves. We ourselves and others online influence the way we are perceived.

If others who have sufficient digital control of us (an extreme case being identity thieves) want to be mean they can change our image into a negative one. And if they want to steal from us – if they have the capability to do so – they can. Needless to say, tens of thousands of people have already become victims of identity theft.

What has our ‘digital life’ got to do with the subject of  this book – Human No More?

Well, an online description of this book (I suppose written by a book publicist) notes: “Turning an anthropological eye toward cyberspace, Human No More explores how conditions of the online world shape identity, place, culture, and death within virtual communities.”

We spoke about identity above in a virtual community, giving Facebook as an example.

Anthropology is generally the study of man and specifically, the study of men (and women) with certain physical characteristics. It is also placed-based. Ancestors of Europeans are very different from ancestors of Africans or Indians, for example.

As the Merriam-Webster College Dictionary defines it, anthropology is “the science of human beings; especially the study of human beings and their ancestors through time and space and in relation to physical character, environmental and social relations, and culture.”

Over time, the physical basis and nature of man’s ‘social relations’ changed.  In the beginning of man, social relations were carried out through physical signs and language and were conducted on a person-to-person or face-to-face basis.

Later, letter-writing enabled distance communication. With the advent of the telephone, social relations were conducted through voice. Still later, the video phone enhanced communication by adding the ability to see others even when thousands of miles away.

When the Internet was developed, the convergence of all our earlier means of communication (e.g. signs and spoken language on a face-to-face basis) with other media, e.g. digital media were enabled.

So today, the study of man includes our new digital dimension, which includes our communications, our image, our very nature, our social relations and our life itself in our online plane of existence.

This book goes into new ground studying the still-developing aspect of man in the online world, ‘unhuman subjects’ and ‘post-human anthropology’. It even hints at the end of anthropology as we know it.

Neil L. Whitehead (1956-2012) was a professor of anthropology at the University of Wisconsin in Madison. 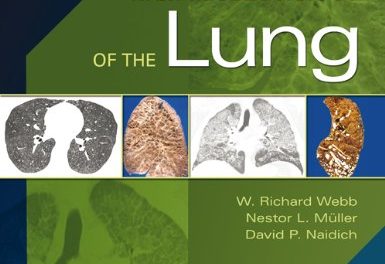 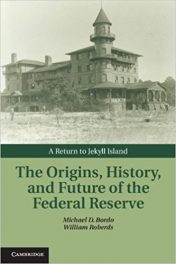 Book Review: The Origins, History and Future of the Federal Reserve