My guess is that most people in the West do not know who Krishna was (or is, as he is written about as Lord Krishna in Hindu religious books).

Krishna was the incarnation, or human representation of God in Hinduism.

The title of the book may be quite provocative to people in the Western world. They may say bluntly: “Who the heck is Krishna? If he is a Hindu god, what has he got to do with Jesus? If not anything else, it would be this provocative title that will make non-Hindus particularly (but Hindus as well, I believe) to pick up a copy and read this short book.

Ravi Zacharias writes that “the one nation that all religions subscribe to (either explicitly or implicitly) is the notion of exclusive truth. Populists like to deny that premise, but all religions either make this claim or covertly smuggle it in.”

I studied in a catholic school and in catechism class we students read in our textbook and were taught in that class (conducted by no less than the rector of the college itself): “the Catholic Church is the only path to salvation” (of your soul). I once boldly (but respectfully challenged my teacher to prove his statement.

He smiled and said that this is simply a matter of faith. Then he explained that faith in God – no matter in which religion – makes us ethical, reduces our sins, and makes it “easier” for us to “qualify” to go to Heaven, or to whatever is its counterpart in Hinduism.

There is one main difference between Hinduism and Catholicism. Hindus believe in life after death or reincarnation, whereas Catholics do not. They believe not just reincarnation once, but in a cycle of births and rebirths.

Ravi Zacharias discusses these beliefs and others in the form of an imaginary dialogue between Jesus and Krishna in this handy book. Also involved in the dialogue are Subramaniam, a Hindu and Richard, a Christian.

Born in India, Ravi has a master’s degree from the Trinity Evangelical Divinity School. After acquiring that education, he began a speaking ministry and has traveled worldwide. He is a recognized authority on comparative religions, philosophy and cults.

At the outset, he cautions us: “Hinduism is a complex belief system. At times the following conversation will become quite philosophical and intricate. Please be patient as we work through these areas of belief so that the truth and beauty of Christ’s gospel is fairly presented against the backdrop of Hinduism’s complexity. To present either of these beliefs as simple is to not understand them fully.”

The dialogue between Jesus and Krishna on the matter of reincarnation and the cycles of birth and rebirth is captured in these words:

Krishna: Who are you, Jesus?

Jesus: I am…I am the Alpha and the Omega. The Beginning and the End.

Krishna: Hmm, you may have a point there, my friend. But that raises another question.  Talk to me about the end, Jesus. You do know that the material world is Transitory – we’d probably agree on that, yes?

Jesus: Yes, I teach that man is destined to die once. But with the idea of a stage that you mentioned, let me ask you this: how do players come onto this stage, and where do they go after they exit this stage?

Krishna: I teach that souls have existed for millions of years. They just come in different costumes. Like any man who changes his clothes every day, each life is a death…..the real life always happens backstage, not front stage. What happens there is merely a drama…and really that is why I am here. I came onto the stage to solve a problem.

Jesus and Krishna, as two of the world’s major religious figures, have changed the lives of hundreds of millions of people around the world. I conclude this review by taking the essence of this book from its back cover:

“As Jesus and Krishna respond to each other’s view of life and the afterlife, they speak words from the texts of Christianity and Hinduism and straight into the soul.” 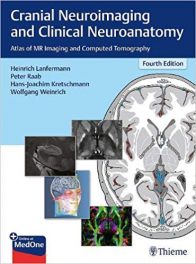 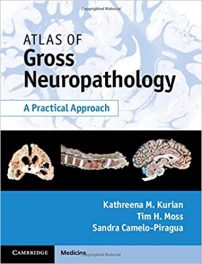