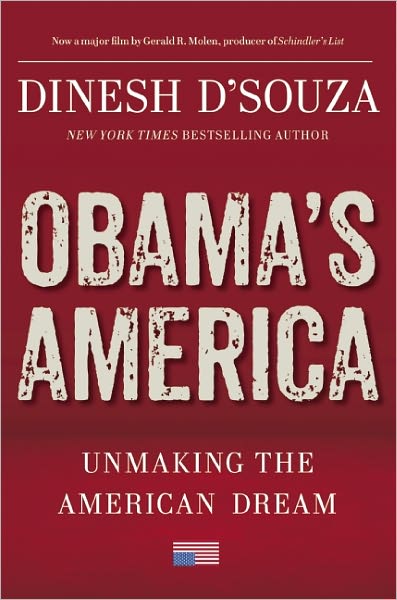 In this book, Dinesh D’Souza contends that Barack Obama wants a weaker America. He asserts that yes, Obama, the president of the United States, willfully wants a poorer and an economically smaller America.

This would come as a shock to most people, who may cry out in disbelief that there is no proof for such a contention. However, Obama’s intentions as detailed by D’Souza have already been demonstrated with current U.S. state of affairs: basically a stalled economy struggling to create jobs, and with a significantly larger negative balance sheet.

The economic outlook for the next president (whoever it may be) is dim: the U.S. government will need significantly more revenues just to survive by having to pay its employees’ salaries, healthcare benefits, pensions, plus other expenses, plus interest costs on its higher debt. This will shift more money (in the form of more or higher taxes) away from the private to the public sector.

Currently, U.S. federal, state and local governments consume more than 41 percent of the country’s gross domestic product (go to www.USDebtClock.org to verify this).

With a weaker private sector carrying a larger tax burden, creation of new jobs would be significantly more difficult than it already is now. This has already been clearly demonstrated with the out flux of America’s jobs to China, India other faster-growing parts of the world.

What else points out to Obama’s secret desire to weaken than his actions in his first term, which includes massive additions to the United States’ debt burden? According to the U.S. Bureau of the Public Debt, total government debt was $10.626 trillion on January 20, 2009, the day of swearing-in of Barack Obama as president. As of today, September 21, 2012, that number has jumped to $16.046 trillion, an increase of $5,420 billion or 51 percent.

Dinesh D’Souza is the author of The Roots of Obama’s Rage, which has turned into a movie called 2016. Published in October 2011, that book delves deeply into Barack Obama’s past, including most importantly, the strong influence his anti-colonialist, socialist-leaning father Barack Obama Sr., a Luo tribesman, had upon the son’s thinking when he was growing up in Kenya and elsewhere.

In Obama’s America, D’Souza expands upon and details what plans Barack Obama has for America in his second term if he gets elected. And based upon the latest polls in this the third week of September or just about a month and a half before the next presidential election, Obama is leading.

Barack Obama Jr. is simply carrying out the dreams he received from his father. And this is apparent from his book Dreams from My Father. Dinesh D’Souza points out that the father’s dreams have been adopted by the son, because the title of the book itself points that the current U.S. president nurses dreams received from his anti-colonialist, anti-American father.

Nothing that I write here would be more effective in conveying Barack Obama’s shocking plans to remake America into an ordinary, diminished country riddled with massive debt and unending government deficits and waning influence than the first-person words of D’Souza himself (see From the Back Cover below):

“The strength of my thesis is that it is completely congruent with who Obama is and what he does.”

Think about just two major actions of Obama over his nearly four years as U.S. president which clearly point out to his clear, unmistakable and unambiguous intention to weaken America economically:

The contents of this book are best conveyed to readers by reproducing the text on the inside flap and back cover of this book:

From the Inside Flap: Can America Survive Four More Years of Barack Obama?

No, because America as we know it—wealthy, powerful, assertive—is not what Obama wants. He wants a smaller America, a poorer America, and America unable to exert its will, and America happy to be one that other nations might rise—all in the name of global fairness. To Obama, the hated “one percent” isn’t just wealthy Americans; it is America itself. In Obama’s view, America needs to be taken down a notch.

That is the startling conclusion of bestselling author Dinesh D’Souza. Building on his previous bestseller on Barack Obama, The Roots of Obama’s Rage—which Newt Gingrich called, “Stunning…the most profound insight I have read in the last six years”—D’Souza shows how Obama’s goal to downsize America is in plain sight but ignored by everyone.

D’Souza lays out what Obama plans to do in a second administration—a makeover of America so drastic that the “shining city on a hill” will become a shantytown in a rather dangerous global village.

Arresting in its presentation and sobering in its conclusions, Obama’s America is essential reading for those who want to change America’s course before it’s too late.

From the Back Cover

(Note: It is presumed that the words below are those of Dinesh D.Souza himself, because he writes below in the first person …”The strength of my thesis…”)

He wants America to be downsized. He wants Americans to consume less, and he would like to see our standard of living decline relative to that of other nations. He seeks a diminished footprint for America in the world.

He detests America’s traditional allies, like Britain and Israel, and seeks to weaken them; he is not very worried about radical Muslims acquiring a nuclear bomb or coming to power in countries like Tunisia and Egypt.

He is quite willing to saddle future dollars toward this end and if he had been permitted, he would have spent trillions more.

He has shown no inclination, and has no desire, to protect America’s position as number one in the world; he would be content to see America as number 18, or number 67, just another country seated at the great dining table of nations.

The strength of my thesis is that it is completely congruent with who Obama is and what he does.

We don’t have to assume that he is always getting results opposite to what he intends; we simply have to see that he intends the results he is getting.

He emphasized in his inauguration speech his goal of “remaking America”—and he is doing it, recognizing that in order to remake America he must first unmake America.

The only question is whether Americans approve of their country being diminished and downsized, and whether they want to give Obama another four years to finish the job.

Book Review: Conserving Living Natural Resources – In the Context of a Changing World 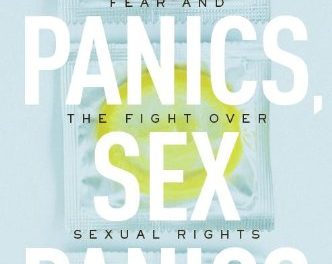 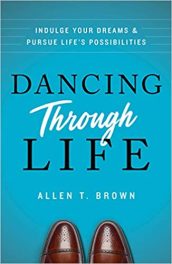