Debate has been raging for about 50 years over whether there was European commerce during the period between Late Antiquity and the Middle Ages.

In Europe, the Late Antiquity period spanned the years from 284 AD (after the end of the Roman Empire) to 500 AD. For those who do not know, ‘AD’ refers to ‘After the Death’ of Jesus Christ whereas the early Middle Ages were the years from 476 AD to 1066 AD.

In this book, the author presents ample evidence, during the times mentioned above, of not only communications, but also of trade, and commerce, as well as travel of people from lands in Europe to areas within the continents of Africa and Asia.

Michael McCormick writes: “New evidence and new ways of looking at old evidence are now breaking the stalemate. Analysis of communications – the movements of people, ideas and things – is transforming our vision of Europe and the Mediterranean in the age of Charlemagne and Harun al Rashid.”

This thick book of around 1100 pages is the first comprehensive analysis in over 60 years of the economic transition from Late Antiquity to the Middle Ages in Europe.

To give you an overview of the contents of this extensive book, we present below the titles of its five Parts and 25 chapters within them:

Commerce, communications, and the origins of the European economy

At the origins of the European economy

Among the broad subjects and topics discussed in this book are the following:

McCormick writes that there was no ‘stone-age isolation’ of Europe after the collapse of the Roman Empire, as some writers have contended. Instead, he states that there was openness and change. He asserts that archaeological findings show that there were travelers who carried European slaves on their ships to Africa and Asia, and bought back treasures such as coins and silks, as well as life-saving valuable drugs, and a vast variety of many other things.

He discusses details about ships, sailing rhythms, reopening of overland routes, and the rise of Venice. He shows that the patterns of life and activity laid down by 800 AD would shape trade and shipping into the next millennium.

An interesting chapter that characterizes dynamic change in Europe following the collapse of the Roman Empire is chapter 4 entitled Sea Change in Late Antiquity: The titles themselves of the topics discussed in this chapter point to activity and newness:

This is an eye-opening book on what happened in Europe, particularly how it was transformed after the end of the Roman Empire. It fills an important evidentiary gap on the history of Europe. Numerous charts, facts, figures, maps, and tables are provided to bring life to a historical period about which information was uncertain or not quite clear.

Michael McCormick is a Professor of History at Harvard University. His many publications include Eternal Victory: Triumphal Rulership in Late Antiquity, Byzantium, and the Early Medieval West (1986), and contributions The Cambridge Ancient History, the New Cambridge Medieval History, and the Oxford Dictionary of Byzantium.

Book Review: Up Your Sales in a Down Market: 20 Strategies from Top-Performing Sales People to Win Over Cautious Customers 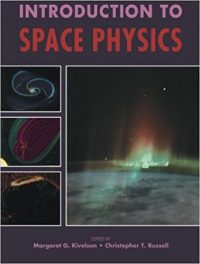 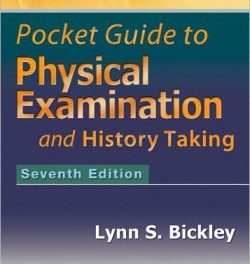