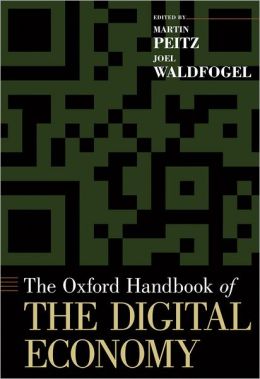 What does the term ‘digital economy’ mean? Rather than explain to you the meaning of this relatively new phrase, let me give you examples of what it includes.

It refers to the non-physical or electronic commerce platform (primarily the Internet) where goods and services are bought and sold. Online retail and wholesale; online news, information and entertainment media; and other physical and digital products (such as movies and music as examples) sold via the Internet are all part of our digital economy.

The digital economy then, is basically that part of the economy wherein goods and services are sold online. But that includes almost everything, and what is the non-digital economy then, you will ask. Let me get back to a response on that question in a moment. First, a little background information on the Internet, particularly its size and dimensions, which will help you better understand the scope of the digital economy.

The Internet has been around for more than half a century now. It was “created” in the 1960s at the United States Department of Defense and the numbers of users began to expand rapidly only in the mid-1990s. As of June 2012, there were 2.4 billion people using the Internet globally. This represents one of every three people on our planet.

I wonder who and where the other two-thirds of the people are that do not use the Internet, and why do they not use this highly useful network of information communication and commerce? I do not have an answer for you, but you can find it by browsing the Internet.

That takes us back to the question of what is the non-digital economy and what is its size and scope. The answer I venture after browsing through this book is this: while there are many forms of advertising and promotion of products and services on the Internet as part of the digital economy of the world, billions of people and millions of companies still pay for those products and services through checks and cash.

For those who live in North America and Europe where much of commerce (including on the Internet) is conducted electronically via credit cards, most of the transactions in the rest of the world such as Africa, Asia, the Far East, and South America are conducted with payments via checks and cash, including some with gold and silver and other precious metals.

The authors of this book point out in their Introduction that a large part, and major beneficiaries of the global digital economy are multinational digital-age corporations such as Amazon, Apple, eBay, Facebook, and Google. I believe they derive almost all of their revenues principally because of the Internet. Other companies – which came into existence before Internet use soared from 1995 onwards – that also benefit greatly from the digital economy, are: AT&T, IBM and Microsoft.

The market values (shares outstanding times market price per share) of these firms are huge.

The company with the third-highest market valuation (as of 2012 when this book was published) is Apple, with almost $300 billion in value, followed by Google with $192 billion in value. Other public firms in this digital-age category are Facebook with $83 billion market value, Amazon with $77 billion value, and e-Bay with $36 billion value.

The pre-digital age firms which have grown their revenues, profits and employee size – principally due to the explosion of Internet users – Microsoft, IBM and AT&T- have market values of $239 billion, $183 billion and $174 billion, respectively.

The authors make what I believe to be the main point and principal thesis of this book, encapsulated in this quote: “While particular valuations fluctuate, it is clear that firms actively in the digital economy are now global players with market capitalizations exceeding those of long-established companies in more traditional industries.”

They point out that the Internet has enabled a greatly expanded global marketplace, and “new digitally-enabled technologies have facilitated more extensive application of many business strategies that had formerly occupied the attention of economic theorists more than business practitioners.” These strategies include auctions, price differentiation, and price bundling. These means of selling have existed for centuries, but they have been made easier to use in our digital era.

This book with 21 chapters of material contributed by 33 specialists in various aspects of the digital economy is organized into four parts. They are:

Martin Peitz is Professor of economics at the University of Mannheim in southwestern Germany. His research has focused on areas such as industrial organizations, microeconomics and regulation. He contributes to various journals on economic issues and is the author of two books: Industrial Organization: Markets and Strategies and Regulation and Entry into Telecommunications Markets

Joel Waldfogel is Professor and Frederick R. Kappel Chair in Applied Economics at the Carlson School of Management, University of Minnesota. His main research interests are industrial organization and law and economics. He has publisher over 50 articles in scholarly outlets and has authored two books, The Tyranny of the Market: Why You Can’t Always Get What You Want and Scroogenomics: Why You Shouldn’t Buy Presents for the Holidays. 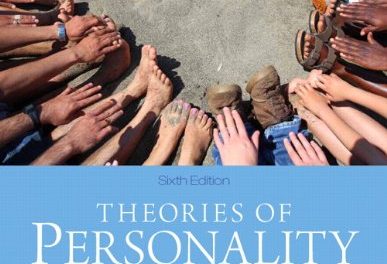 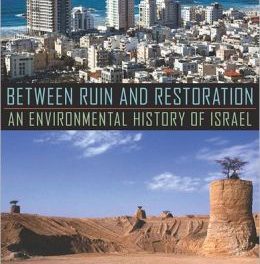 Book Review: Between Ruin and Restoration: An Environmental History of Israel

Book Review: The Future of Economic and Social Rights