It takes more than desire at the highest leadership level of a nation, even with an elaborate program, to fight poverty. For example Indian Prime Minister Indira Gandhi’s  1971 Gharibi Hatao (Abolish Poverty) program did little to alleviate poverty in that country.

A Wikipedia article states: “All in all, Gharibi Hatao did little and accomplished less: only about 4 percent of all funds allocated for economic development went to the three main anti-poverty programs, and precious few of these ever reached the poorest of the poor.” With a lot of people (mainly politicians and local leaders) taking away most of the food and the funds before they reached the recipients (the poor) it is no wonder Gharibi Hatao was a dismal failure.

This end result points out to the fact that there are many obstacles to overcome for a poverty-alleviation initiative to succeed. Lack of proper communication with and among poor people, counterproductive and fatalistic thinking, stubborn mindsets, and old, regressive habits of living among the poor have been found to be some of the difficulties revealed when one examines the causes of the persistence of poverty.

Banerjee and Duflo, while being academics, have been studying the economics of the poor for a long time through other than just research and theories. For more than 15 years, they have been visiting and working with the poor in many countries around the world to understand the specific causes of poverty. Their purpose has been to come up with workable solutions that are both practical and based on empirical data from studies of the poor people’s thinking, attitudes and behavior.

The chief merit then, of this book is that the practical suggestions it offers to fight poverty are based on what the authors describe as a “rich body of evidence” on the lives of the poor people that they’ve gathered with their work through the Abdul Latif Jamal Poverty Action Lab (J-PAL), an organization they co-founded in 2003.

With field visits and communication within indigent communities, the authors have learned how poor people live and behave. They understand the economics of poverty better than other academics in this area of study. They answer questions such as: “does having lots of children actually make you poorer?” and “why is it so hard for children in poor areas to learn even when they attend school?”

They make the strong point that anti-poverty policy and action around the world has failed mainly due to a lack of understanding by leaders of how poverty emerges and why it persists despite well-intentioned government action, as well as philanthropy and social activism.

About a billion people on earth are constantly hungry, the authors point out. The cause of hunger is typically poverty, but in some cases and areas, food is scarce even when people have the money to buy it. Why? Because politicians hoard the food. Or, the transportation systems are insufficient or non-existent. Or, the food storage areas are infested with rats.

Banerjee and Duflo point out that most of the world’s poorest people live in about 50 countries where the average poverty line is 16 Indian rupees, which amounts to 36 U.S. cents per person per day. But because prices of basic living needs are lower in India, this amount works out to 99 U.S. cents on a purchasing power parity (PPP) basis. Can you imagine living on $0.99 per day in California? But that’s what the poorest of the poor people survive on in Calcutta, for example.

The authors give examples on how poor people live in India when it comes to food. Thirty-six cents buy them about three pounds of lower quality rice, or about 15 smallish bananas. In New Jersey, 99 U.S. cents would buy you just about a loaf of bread, with nothing to eat it with. And in most supermarkets, that loaf would have to be on sale to be available at that price. Do you know of anyone in the U.S. in this dire situation?

The story of poverty as outlined in this book is not just on those who struggle to survive but also of those who try to prevent death, especially of children, by their parents and donors worldwide. The authors point out that about nine million people around the world die before their fifth birthday.

This is a well-researched book by Banerjee and Duflo on the subject of poverty and the efforts to fight it, along with the related problem of hunger and starvation, particularly what works and what does not and the reasons why. It is must-reading for political leaders, philanthropists, policy planners and people in general who want to know the causes of poverty and the solutions available to minimize and eventually eradicate it. 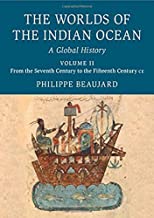 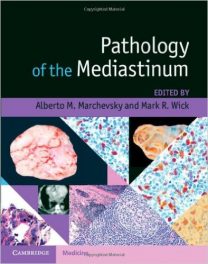 Book Review: Pathology of the Mediastinum 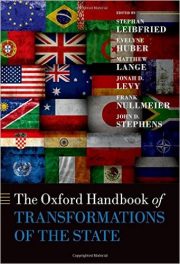 Book Review: Oxford Handbook of Transformations of the State