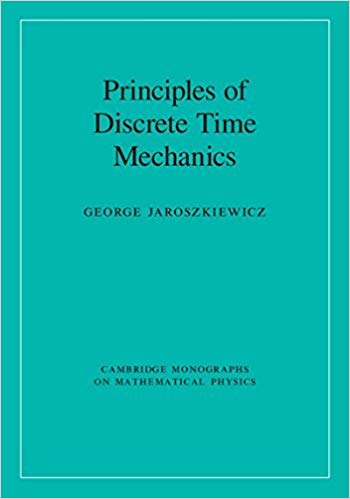 Most of you know that the word ‘discreet’ means exercising caution, saying something in private (not announcing to everyone openly) or being hidden, and being reserved in behavior and / or in speech. For example: “He discreetly told someone of a health problem his doctor discovered.”

But in science, such as in biology, the word ‘discrete’ means being distinct, quite different, separate, unrelated, or even being one of a kind. Discrete in physics, is the opposite of continuous: something that is quite separate; distinct; or individual in nature. Discrete may refer to discrete particle or quantum in physics, such as in quantum theory.

This book begins with an question by the author in the Preface that makes you really think for a while, and probably not stop thinking, until you read further and are satisfied by the answer. So George Jaroszkiewicz asks us: “Could time be divided into smaller and ever smaller pieces, just like a length of wood?

He speaks of the Greek philosopher Zeno of Elea (c.irca490-430 BC) who stated that contrary to the evidence of one’s senses, the belief in plurality and change is mistaken, and in particular motion is nothing but an illusion. The author writes: “interest in Zeno’s paradoxes has not been extinguished by the rigors of modern mathematics, although we are told that it has.”

The main point in this ongoing debate between those who take opposite sides but do not have anything to back up their side is this: keep an open mind, perhaps someday something may be found that strengthens one side over the other.

The author continues: “What I believe this debate about time highlights is how conditioned humans can be. We learn from an early age to think in certain terms, and if we are not careful, we end up regarding them as the only possible framework for our thoughts. So it is with time, which has been regarded as continuous throughout the history of mathematics and physics. It is hard to imagine any physical theory without the concept of a time derivative, and that requires continuity in time.”

This book essentially explores mathematically, the paradoxical question of whether time can be subdivided into infinitely smaller pieces.

This is a great book for established mathematicians and physicists, and students of these subjects, interested in further exploring and understanding time, particularly discrete time relating to quantum mechanics and quantum field theory. 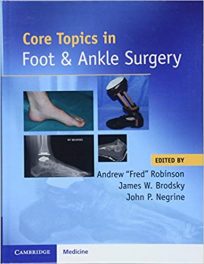 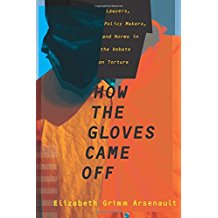 Book Review: How the Gloves Came Off – Lawyers, Policy Makers, and Norms in the Debate on Torture 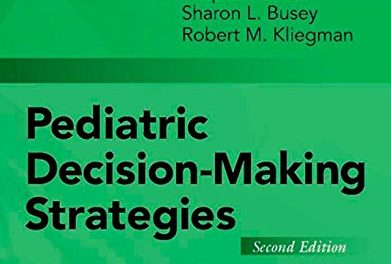