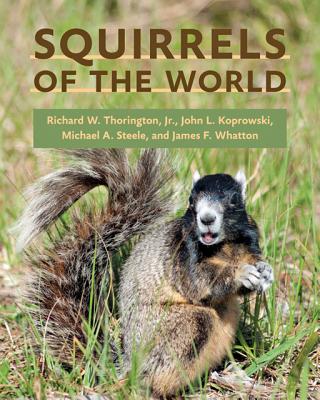 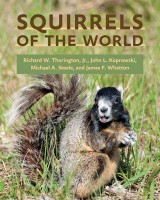 This is a wonderful book with hundreds of full-color photographs packed with loads of information on the 285 known living species of squirrels found all over the world. Images of 231 of those species are shown in the book, which were provided by photographic collaborators in this massive project.

Squirrels of the World has been described by reviewers as the most comprehensive and detailed examination of all 285 species, and many subspecies, among 58 genera, of squirrels worldwide. The four authors have more than 100 years of experience among themselves studying this family of animals known as Sciuridae.

Members of this large family living worldwide include ground squirrels and tree squirrels, and even chipmunks, prairie dogs and flying squirrels. This family belongs to the order Rodentia. All of them hail from a common ancestor that lived some 30 to 40 million years ago.

It is a substantial work by four biologists presenting an astounding amount of material. The hardcover tome consists of 459 large-size pages containing detailed information on a very large range and number squirrels. Readers are also provided with geographic maps that accompany the photo of each squirrel in its natural habitat. And tricolor maps indicate the areas of the world where the particular squirrel in the photo has been sighted.

Among the items of information on each squirrel featured that are available are: description of the squirrel or its physical appearance and features; size of the squirrel; distribution or areas of the country or world region where it is found; geographic variation or the number and names of subspecies.

Other items are: conservation status based on data compiled in the Red List of Threatened Species by the International Union for Conservation of Nature (IUCN); habitat or the types of lands where that squirrel lives; natural history or details of their looks and behavior; and general references where more information can be found on that species.

The first 20 pages of this work provide: a taxonomic introduction or details of biological classification; paleontology or information derived from fossils of the squirrels; anatomy or basic structure common to all species and subspecies of squirrels; and ecology (surroundings where they live), behavior, and conservation status based on a range of six criteria, namely: critically endangered, endangered, vulnerable, near threatened, least concern, or data deficient.

The main part of this book – entitled Species Accounts – follows next, after the initial introductory sections.  Over some 350 pages, each squirrel is presented, with accompanying photos and items of information as described above.

An example of a specific species of squirrels is the Ratufa Indica, commonly known as the Indian Giant Squirrel. The photo shows it to be deep maroon in color.

Distribution: It is found in central and southern India, excluding the central lowlands.

Habitat: This species lives in the evergreen and semi-evergreen broadleaf forests of peninsular India.

Natural History: The Indian giant tree squirrel is solitary, territorial, and a facultative frugivore, or that it prefers to eat fruits. If it cannot find any fruit, it feeds on bark, flowers, leaves and seeds. It eats leaves based on a range of 0 percent when fruit was readily available, to nearly 63 percent, when fruit was scarce.

The Appendix presents pictures of skulls of 224 species of squirrels. A lengthy Reference section consisting of 36 pages provides details of hundreds of books and other material for readers to tap into, to further their knowledge of squirrels.

There are many interesting and even incredible facts that readers can gather from this definitive book on squirrels.

In terms of the range of weights of squirrels for example, it is not surprising that the largest of squirrels, the gray marmot found in the mountains of Kazakhstan, weighs 18 lbs. But it is difficult to believe that the smallest of them – the pygmy tree squirrels in western Africa, with the tiniest of them, even full-grown adults – weigh only 0.5 oz, or about the weight of a medium-size coin.

Richard W. Thorington, Jr. is a curator of mammals at the Smithsonian Institution’s National Museum of Natural History and the author of Squirrels: The Animal Answer Guide, also published by Johns Hopkins University Press.

John L. Koprowski is a professor at the Wildlife and Fisheries Resources’ School of Natural Resources at the University of Arizona.

Michael A. Steel is a professor in the Department of Biology at Wilkes University and is co-author, with Koprowski, of North American Tree Squirrels.

James F. Whatton is a research assistant at the Smithsonian Institution’s National Museum of Natural History.

The four authors of this book are to be heartily congratulated for this immensely useful book. 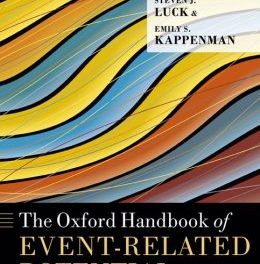 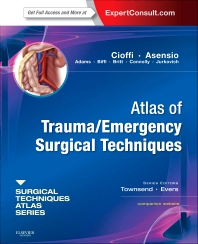 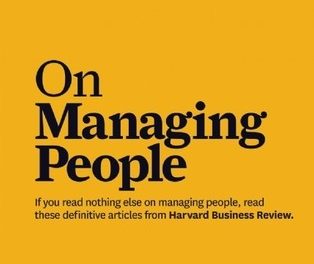