With health care expense in the United States totaling around $2.4 trillion, it constitutes   nearly 16 percent or almost a whopping sixth of the country’s current gross domestic product (GDP) of $15.1 trillion. This is by far the single largest component of the U.S. economy and its annual rates of growth over the last two decades have been no less than alarming.

In 2010, the rate of increase of health insurance premiums for most companies ranged from at least 10 percent to more than 20 percent, according to the author of this book.

Out-of-control prices for health care have affected all levels of government in the United States, all States, all companies and all individuals.

The Federal government continues to pay more and more every year to provide health care to each person over 65 covered under Medicare and each lower-income person covered by Medicaid. State governments’ budgets have gone out of balance due to insuring their employees for health care. Perhaps the largest amount of money that goes to health insurance firms comes from companies large, medium and small.

But in the rising-health-insurance-premiums sea of despair, there are not only boats of hope but victory as well. One of those boats is Serigraph headquartered in Wisconsin, led by John Torinus Jr., the author of this book. It employs some 1,500 people in the U.S., China, India and Mexico.

As John relates it, in 2003, he came to the realization that out-of control health insurance costs could take down his company. At that time, Serigraph faced a one-year health care bill of $5.5 million, a 12 percent increase from 2002 and a 23 rise from 2001. He was also looking at a more-than $800,000 added health care premium cost in 2004, a hike of 15 percent from 2003. John had to do something – and fast – that would drastically slow down or just stop the relentless rise of the company’s health care coverage cost.

The company had tried many ways in past years to lower their health care insurance cost including negotiating with many insurance providers for lower premiums and receiving numerous lower quotes, increasing deductibles for its employees, and even rationing care when the employees needed it. But all these actions did not arrest the staggering hikes.

John writes that he had repeatedly heard the “litany of excuses” – from many people at dozens of sessions he went to on the economics of medicine – as to why health insurance premiums had risen so much, so fast and will continue to escalate. It was nothing but a blame-passing game for the people from whom he sought solutions to this huge problem.

Some of those excuses were: the population is aging, so there are more medical problems; trial lawyers are suing hospitals for millions of dollars for malpractice, jacking up the cost of health insurance that is being passed on to all insured people; the high cost of new technology, equipment and research; smaller payments to doctors and hospitals from Medicare and Medicaid; exorbitant compensation of health insurance firms’ executives and high salaries of employees.

Other excuses he heard were: doctors and hospitals making too much money; shortage of doctors, nurses and other health care professionals; drug companies spending too much on advertising to the public and promoting their drugs to doctors; hospitals incurring costs and getting nothing from charity-care patients; and the many unhealthy lifestyle habits of Americans that cause ailments, such as alcoholism, junk food consumption, failure to take drugs as prescribed, lack of exercise, obesity and smoking.

The ideas in that book made much sense to him and he embarked on a mission to get the company’s employees closely involved in finding lower-cost solutions to the health issues they faced. They were already contributing to lowering expenses in other ways, so this would not involve too much teaching or change in behavior.

Accordingly Serigraph converted to an employee-driven health care plan. When employees required treatment of conditions and particular problems, they canvassed multiple doctors on the cost, because of the nature of their health plan.

He mentions for example the case of an employee who was quoted a whopping $8,900 by a doctor  for the removal of  a mole on his nose that would take all of 45 minutes. Because that employee had chosen a new health plan with a $300 standard deductible and 20 percent co-insurance to be paid by him, he would have to pay $2020 from his pocket ($300 co-insurance plus $1720 or 20 percent of the $8,600 balance). He checked around and found a doctor who quoted just $565 as his charge for the initial surgical procedure, plus $565 for a second procedure if the removed tissue appeared to have cancer.

A plan where employees have to pay for a part of health care costs from their pockets can save them as well as their employers a lot of money. When health care providers know that the patient’s health insurer is paying for the lion’s share of the price of that treatment and care, they get bold and charge whatever the insurer will bear, as has been shown over and over again.

John mentions five behavioral changes that occur when employees have a financial stake in their health care plan: how they utilize medical services; how they buy health care; how they live their lives in terms of personal health; how they follow regimens when they have a chronic disease; and how they relate to their doctors.

If you or your company is trying to lower health insurance and health care expense, this is a great book to read cover to cover. It has bold, innovative thinking and pioneering, effective action taken by one man who tamed rising health insurance costs in his company. 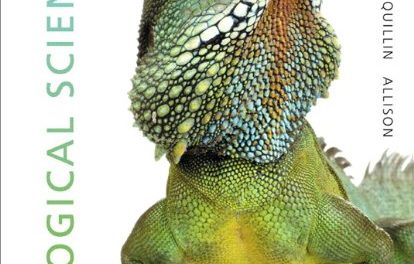 Book Review: Get DARE from Here: