Book Review: The Origins of Neo-Liberalism – Modeling the Economy from Jesus to Foucault 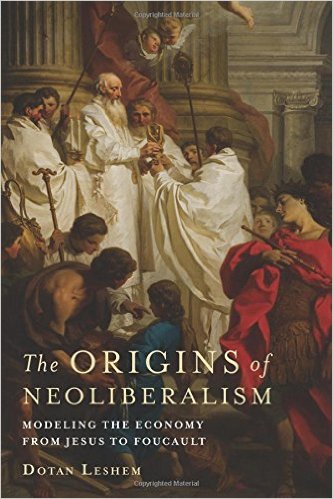 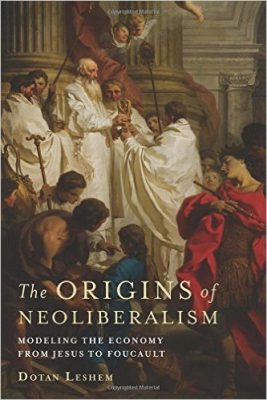 Dotan Leshem writes that from the start of the Greek period, the West imagined human life as evolving from three dimensions: economic, the political, and philosophical. The boundaries of these dimensions were set by law.

Most writers have viewed the history of Western human life and thought from the perspective of either the political or the philosophical dimension, the author writes. This book takes a different approach by retelling the story of the Western three-dimensional human being from the less-traveled dimension of the economy.

This retelling is done with the six chapters as named below. There are topics within each chapter specified in the Contents section, but we are not mentioning them here, and urge you the readers to take a look at them to get an overview, before going through the book.

This book is a unique contribution to the newly-emerging field that has been described as ‘political theology,’ and in it, Lashem weaves closer together the economic, political, and philosophical aspects of the history of the West.

He does this by revealing the significant role that Christian theology played in shaping economic and political thought. Starting with the early Christian treatment of economic knowledge and the effect of this interaction on ancient philosophy and politics, he then continues with describing the secularization of the economy in liberal and neoliberal theory.

Leshem, an economist and a philosopher, uses Hannah Arendt’s history of politics and Michel Foucault’s genealogy of economy and philosophy to make us understand their effect on present-day society. He also taps into exegetical and apologetic tracts, homilies and eulogies, manuals and correspondence, and Church canons and creeds, to trace the influence of the economy on Christian orthodoxy.

It is useful to quote Gil Anidjar, author of Blood: A Critique of Christianity, to understand the importance of this book:

“This dazzling book takes us on an intellectual journey of rare substance. It demonstrates that our current predicament – the dominance of economic ‘rationality,’ the imperatives of growth – is at once newer and older, narrower and broader, than we have been taught. This is a humbling and teaching book that will change, that must change, the way we conceive of the economic in its relation to the political, the philosophical, and the theological.”

Dotan Leshem is senior lecturer in the department of government and political theory at the School of Political Sciences at the University of Haifa in Israel. 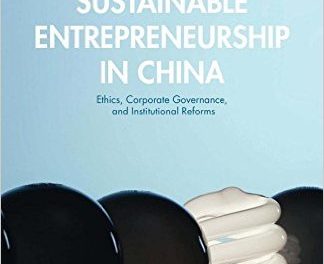 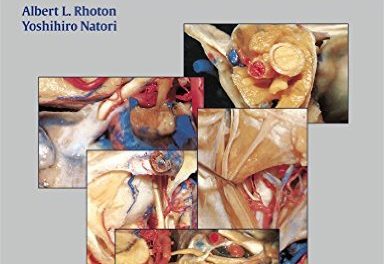 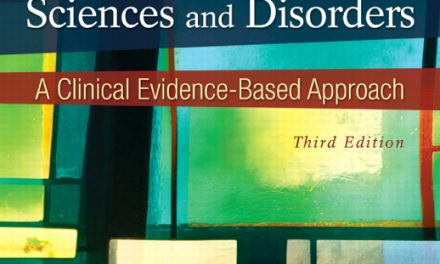