Book Review: The Politics of Poverty – Policy-Making and Development in Rural Tanzania

The gross domestic product of Tanzania is $61 billion, ranking No. 75 and being in the second lowest quintile in a 2019 list of 186 countries compiled by the International Monetary Fund.

A better measure is GDP per capita (average annual economic product per person) and in that respect, the average Tanzanian produced just $1,134 of economic value in 2019, ranking No. 158 and being in the lowest quintile (Nos.150-187) in the IMF list of 187 countries for this measure.

Why Tanzania is among the poorest countries in the world is one of the topics explored by the author Felicitas Becker who had traveled to Tanzania to gather material for this book. More specifically, she points out to paradoxes, wherein government people make promises, do not deliver, and when questioned ‘Why?’ by voters, they give out a whole host of excuses.

In a single paragraph at the book’s beginning, these apparent quandaries are presented:

These questions are explored in depth in the seven chapters of this work we list below, sandwiched by Ms. Becker’s insights provided in the Introduction and Conclusion.

I have found over many years of conversations I have had with people of varied backgrounds that one of the best ways to understand why they say what they say, and when they say something is to guess at their motivation. When guessing does not give me any clue, I simply ask them why they feel that way, and what do they plan to accomplish with their expressed course of action.

So one way to find answers to the seven questions raised above, is to ask those who made certain remarks (e.g. government people who made promises, but did not deliver) why they said what they said. If no measurable change has come forth in Tanzania over the decades (e.g. growth in GDP per capita), what was said, and what was done, if anything?

Ms. Becker briefly writes in the Introduction about Bibi Amina, the grandmother of one of her research assistants. In 2000 when she met her while doing research for this hook, Bibi Amina was over 70 years old, did not own any land, and had been working the same ‘borrowed’ plot for decades. Having no access to fertilizer, that plot did not produce enough food to even meet her own needs, let alone sell it to generate cash to buy other needs.

Often, that poor old lady had to choose between eating her food or selling that food for other living needs. Becker writes: “…the problem that she could either eat her crops or earn cash from them, but not both, has been central to the constant recurrence of poverty here since the colonial period.”

With one of the world’s lowest per-capita GDP amounts, Tanzania has a long way to go to reach the world average. We wish residents of that country our wishes to better their income levels in the years to come, and congratulate the author for all the hard work and other resources she had put in to get this book written and published.

She is currently working on the interaction between notions of progress used in development discourse and those deployed by religious reformers in East Africa. 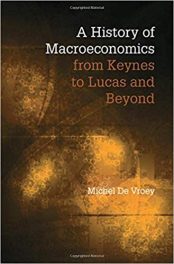 Book Review: A History of Macroeconomics from Keynes to Lucas and Beyond 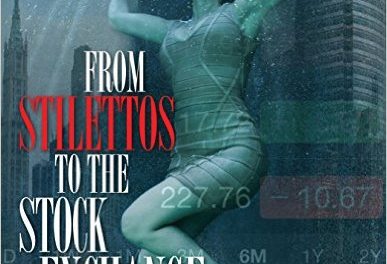 Book Review: From Stilettos to the Stock Market: Inside the Life of a Serial Entrepreneur 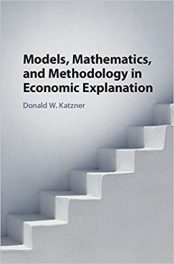