This book published in September 2011 is by Bill Carter, a writer on media for The New York Times. It is about the intense competition and drama in television for supremacy among comedy shows and their hosts. Bill Carter has extensive knowledge about, experience with, and contacts in, the television business. In 1995, he had written The Late Shift: Letterman, Leno and the Network Battle for the Late Night, a bestseller, and in 2005, he also authored Desperate Networks.

Specifically, the present book is about the controversy that followed after the major American television network NBC, widely-recognized by its colorful, iconic peacock, decided to change the time slots of two of its top shows – The Jay Leno Show and The Tonight Show with Conan O’Brien. The media and public relations spectacle that followed this decision affected many lives. It hurt some people financially but it also hugely benefited others.

Comedy and talk shows typically aired late at night at 10 pm and later, draw in a lot of viewers and consequently, much revenue from advertisers. They are considered hot properties in the TV business, probably ranking as high if not higher in the number of viewers than for news programs and news-and-discussion shows.

The online newspaper The Week reports in a January, 21, 2010 item (around the time Conan O’Brien exited NBC) that the estimated annual ad revenues that The Tonight Show generates for NBC is about $200 million. In October 2009, with Conan as the show’s host, its average estimated nightly audience was 2.53 million people, a huge drop of almost a half of its 4.75 million viewers when Jay Leno was its host, just before Conan took over on June 1st, 2009.

Among the top TV networks in the United States are ABC, CBS, NBC, CNN and Fox.

For many years, The Tonight Show on NBC was among the most popular and highest-ranked comedy programs on U.S. television. This show is also among the longest-running TV programs, having lasted for nearly 60 years.

The Tonight Show began in 1954 with Steve Allen as its first host. He hosted it until 1957 when Jack Paar took over, who had a slightly longer stint, until 1962, when Johnny Carson became its host.

Johnny Carson dominated the late night TV comedy scene for three long decades until 1992. And one of the funniest comedians who appeared frequently (and later regularly) on Carson’s show was Jay Leno. As many were speculating, Jay Leno became its host after Carson retired from television at the age of 67 in 1992.

Jay Leno probably ruled (we don’t know the numbers) late-night TV comedy during his 16-year-long tenure as host of The Tonight Show from 1992 until 2009. Among the interesting segments featured were humorous print news items sent in by viewers. They contained typographical errors that made the items sound very funny.

Another humorous feature was “Jaywalking” wherein Jay asked people on the street such questions as “What is the color of the White House?”and an instance when someone answered Abraham Lincoln as the answer to the question “Who was the first U.S. president?”  A third person could not identify who it was when shown a photo of Hillary Clinton. After 16 years as host of The Tonight Show, Jay Leno later got his own program The Jay Leno Show on NBC.

Conan O’Brien had a brief seven-month stint as host of The Tonight Show from June 2009 until January 2010. But NBC executives decided in early January that effective March 1, 2010, The Jay Leno Show would be moved from the 10:00 pm weeknight time slot to 11:35 pm and O’Brien’s program The Tonight Show with Conan O’Brien would be moved from 11:35 pm to 12:05 am. The scheduling change was attributed to poor ratings of both shows

In response to this decision by NBC executives, Conan O’Brien announced that he was leaving as host of The Tonight Show and NBC as well. As a result O’Brien received $33 million and the staff of the show received $12 million – a total $45 million walk-away payout – from NBC. O’Brien had previously been host for 16 years of his own show Late Night with Conan O’Brian on NBC from 1993 to 2009.

In September 2010, Conan announced that the name of his new show on Turner Broadcasting System (TBS) would simply be Conan.

With his long-term experience, Bill Carter provides a detailed and insightful view, plus his own observations, on the American television business, particularly on its segment of late-night comedy shows. This is an interesting read. 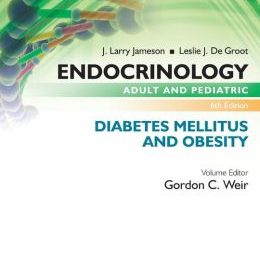 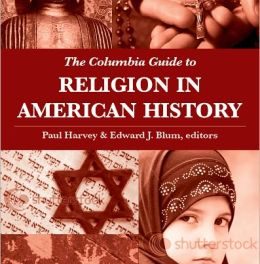