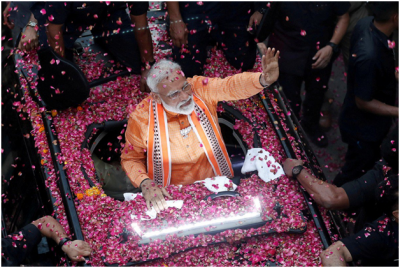 As foreign citizens, they cannot vote – but that hasn’t stopped them from campaigning hard for the incumbent prime minister

Some see him as a symbol of India’s global power, while others just like his Bharatiya Janata Party’s Hindu nationalist message May 15, 2019 –  Arvind Patel, a US  citizen who owns a popular sweetshop in New Jersey, has spent US$1,000 travelling to the Indian states of Gujarat, Uttar Pradesh and Assam this election season to campaign for incumbent Prime Minister Narendra Modi

The 53-year-old, who hails from Modi’s home state of Gujarat, knows that he cannot vote in the country’s marathon elections, which end on Sunday. No foreign citizen of Indian origin has that right.

But that has not deterred him, or the hundreds of others like him, from travelling to India  to campaign for Modi’s Hindu nationalist Bharatiya Janata Party  (BJP).

“I can’t vote but I can convince my family and friends to vote,” he said. “They think if [he] supports Modi with such vigor, why shouldn’t we?” Patel speaks of Indians in the US feeling “more powerful” since Modi swept to power in 2014, a few months after which he gave a speech at New York’s legendary Madison Square Garden  to an audience of more than 22,000 who were chanting his name.

“He declared war on Pakistan and the US supported him. This wouldn’t have been possible in anyone else’s time,” Patel said, referring to the cross-border air strikes in February  which were carried out in retaliation for a suicide bombing by a Pakistan-based militant group in Indian-administered Kashmir .

Modi’s middle man for coordinating outreach with the Indian diaspora is Vijay Chauthaiwale, head of the BJP’s foreign affairs department.

He said he has worked to form a “national connect” for Indians living overseas, built upon the existing emotional connections that they already have with their families and friends at home.

“We are using WhatsApp  and Facebook  in a big way to send thousands of messages of Modi’s good governance back home from foreign countries,” Chauthaiwale said, adding that voters were also being canvassed by more traditional methods such as telephone calls.

Chauthaiwale is also in charge of the Overseas Friends of the BJP, whose 12 US chapters regularly host senior party leaders for updates on all the good work that Modi’s government is doing, in the hopes that those in attendance will pass the message along.

More than 6,000 people have applied to volunteer with the newly established “NRIs4NAMO” organization this election season, helping campaign by telephone, social media or in person.

Its US president, Krishna Reddy, estimates that he alone has spent some 40 to 50 hours every week for the past two months working on the campaign, which “includes calls to Indian voters through the night”.

Other organizations not explicitly affiliated with the BJP have also been showing their support. In April, the India World Foundation conducted a sacred fire ceremony known as a yagna in New Jersey for Modi’s victory, sponsored by Sudhir Parikh, an Indian-American media owner and doctor who said “everybody” wants to see the BJP have a second term.

Despite his support for the ideology and “development first” model of Modi’s party, Parikh claims to be non-partisan and was awarded a Padma Shri, India’s fourth-highest civilian honor, by a Congress-led government in 2010 for his lobbying work in the US. The Modi Magic snacks manufactured by Arvind Patel’s Rajbhog Foods in the US. Photo: Soumya Shankar

Congress, as the current party of opposition, may not be able to call upon such an extensive international network of supporters as the BJP, but it is still trying to drum up support abroad through its Indian National Overseas Congress.

Rajender Dichpally, general secretary of the organization, said volunteers had been writing articles, going on local TV and radio shows and calling “decision makers and NGOs to press them to support secular forces in India”.

Yet the opposition lacks a figure with the pulling power of Modi – a hero for Hindu nationalists both at home and abroad, according to Ashok Swain, professor of international studies at Uppsala University in Sweden.

“Modi has become a symbol of India’s global power for this diaspora section,” he said. For them, the prime minister shows “India has come to the world stage” and its people “can hold these kind of meetings in the centre of New York and London where all these congressmen and politicians are supportive of us … this is the image”.

The results of India’s elections are expected to be announced on May 23.

But Patel, the sweetshop owner, is so confident of a BJP victory that he is preparing to hold a “victory party” in New Jersey which he expects some 10,000 people to attend.

Those that do can sample some “Modi Magic” – a selection of traditional Gujarati snacks that Patel first put together in 2014, carefully crafted to the “personal taste preferences” of India’s then-new prime minister. 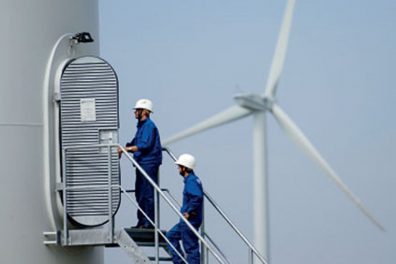 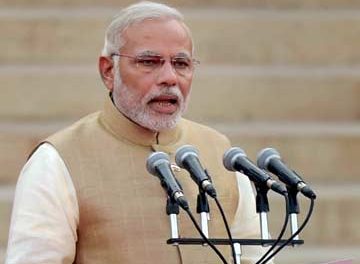 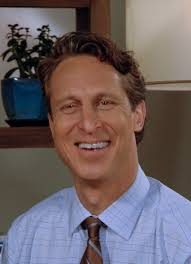 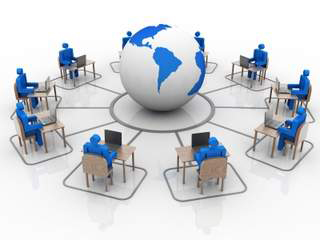