OPINION: 10 Reasons Why Trump Is Likely to Win Re-election 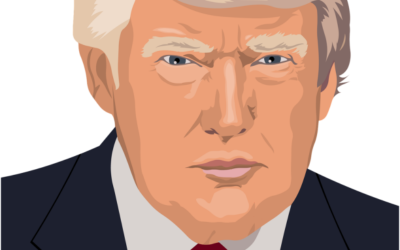 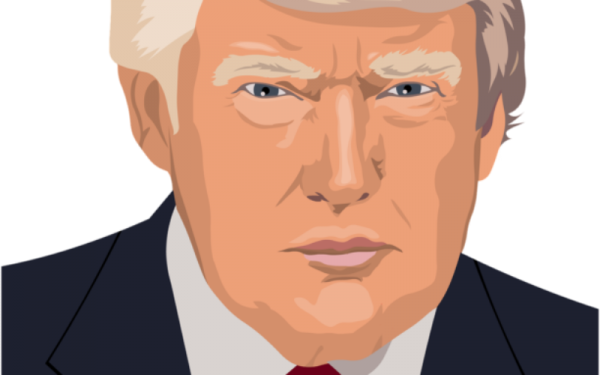 By Basim al-Ahmadi and Rachael Rhoades

November 02, 2020 – President Trump has been repeatedly reported to be trailing in the polls for this week’s General Election. However, we predict that the incumbent’s re-election is highly likely and not as improbable as the mainstream media, polls and political risk institutions suggest.

Although tentative, we are sharing with you a forecast which will highlight the various factors that could likely result in a victory for President Trump on November 3rd.

Some factors that point to a likely victory for President Trump on November 3rd:

In the months leading up to the 2016 General Election, of the wide range of political opinion polls generated and released, only a select few predicted Trump’s victory.

Accurately predicting such an outcome is extremely difficult, given the many challenges to gathering representative sample sizes – especially within a country as large and diverse as the United States. Moreover, as arguably demonstrated by the data gathered in 2016, Trump’s “core” voter base is less likely to participate in the relevant surveys used to collect this information.

According to the Guardian, Black voters will have a significant impact on the elections, especially in swing states such as Wisconsin and Florida.

Of course, there is no guarantee that Biden will sway Black voters to the same degree Obama did. Biden’s role as VP under the first Black President is indeed significant, but his support for the Crime Bill and his opposition to Busing in the 1970s could harm his chances of persuading the Black voter base.

Furthermore, Kamala Harris comes from a state known for its appalling mass incarceration record – one which shows clear evidence of racial bias. However, this is not to suggest that Trump will carry the Black vote – his ambivalence to condemning white supremacists and nationalist language hangs in the air.

Instead, it is more likely some undecided Black voters could decide to stay home on Election Day – indirectly benefiting Trump. It is worth noting that this sort of voter apathy was present in 2016, with a significant decline in Black voter turnout.

In contrast, supporting Biden will more often be a vote against Trump, rather than a vote for Biden. In 2016, those protest votes did not provide Hillary Clinton with enough support in her attempt to galvanise undecided voters.

Nonetheless, it is true that Biden enjoys the luxury of the general public’s support – far more so than Clinton did in the last election – and that could therefore grant him the momentum with independents that Clinton failed to secure.

This enthusiasm for Trump however, so far, is not matched by Biden’s constituency. Granted, though, Biden’s voter base could find new strength come November 3rd. In fact, recent projections suggest that the early voters and mail-in ballots  (and seem to be voting in record numbers), but this will most likely be balanced out by large swathes of red voters on Election Day.

Moreover, the first debate provided a substandard performance from both candidates. In the second debate, Biden displayed a lack of rigor that could play to Trump’s hand. Trump’s relative restraint during subsequent debates could prove key in securing the Independent vote – especially with those who questioned his temperament.

Biden’s economic plan is a large spending package which promises to invest in areas that could enhance the US economy (such as education, job training programmes, infrastructure, research and development, etc.).

However, his “tax and spend” approach could be ill-received during a pandemic. A “pro-growth” agenda may be preferred, especially by business owners, large and small.

Additionally, Biden’s clean energy plan is ambitious and aggressive (and in sharp contrast to Trump’s energy policy, but the move away from the oil and fracking industries might not bode well in states such as Texas and Pennsylvania, whose economies rely heavily on the oil and gas industry.

Trump has successfully made trade and “bringing jobs back” to be a central talking points in the election – however, considering how important this is to working class voters,

Biden’s relatively non-committal stance on trade can be damaging. Indeed, his past support for free trade will likely hurt him, despite enjoying relatively strong support from the Unions.

Biden’s humble “Scrappy kid from Scranton” brand still resonates with working class voters but Trump has been effective in drawing a direct connection, however shaky, between Biden’s 40+ years of support for free trade, and the loss of factories and manufacturing jobs in cities across the Rust Belt.

This pain of outsourced jobs is real and deep, and Trump is tapping into it. Since 1997, across the United States, “nearly 5m manufacturing jobs and more than 91,000 plants have been lost…”.

Trump received strong support from industrial cities, including Scranton, in 2016. “In 2016, voters from the top 25 manufacturing states, ranked by share of total employment in manufacturing, gave nearly 80% of their electoral votes to Donald Trump.”

A major component of Trump’s campaign platform is his dedication to “bringing jobs back” to the United States from foreign countries. In fact, the re-negotiation of NAFTA has been described as a triumph – with Nancy Pelosi and even Joe Biden recognising the achievement.

Trump’s contribution to job creation in manufacturing, and to rebalancing trade, is not as impressive as he asserts. The U.S. global trade deficit is currently at its highest level since 2016 but according to Yahoo Finance, Trump can “credibly” claim that 100,000 more jobs were created during the “first three years of his presidency than during the last four years of Obama’s.”

Moreover, the perception that Trump is fighting for the “forgotten” working class is significant. He has strategically associated the tariffs and trade wars with a compassion for the working class and those “left behind.” This perception will prove crucial in industrial swing states such as Ohio, Michigan, Pennsylvania, etc.

Biden’s “complicity” in voting for NAFTA, his pushing forward the Trans-Pacific Partnership (TPP) trade deal under Obama , and encouraging China’s membership in the World Trade Organisation (WTO) are all seen as free-trading “globalist” policies.

These past actions have resonated with white working class voters – those who formed the core of Trump’s voter base in 2016.

There is much speculation and concern about Biden’s health and whether or not it is failing. Regardless, his age alone has been described as possibly weakening his chances of winning this election.

Voters may consider a combination of his age and rumoured declining health to be an important factor when casting their ballots. In contrast, the narrative Trump perpetuates is one of “vigor” – illustrated by his dedication to the campaign trail – despite the current climate.

His quick recovery from Covid (albeit due to the exceptional care and unrivalled access to drugs not available to the large majority of the American public) has given him more opportunity to flaunt that “vigor”. Voters must also consider the possibility of Kamala Harris becoming President in the event Biden does fall ill (although it should be noted he has recently been given a clean bill of health).

This poses another threat to Biden’s chances this election – as he will have to rely on Senator Harris’ popularity with voters. It’s hard to say what sort of influence Harris has as a running mate for several reasons – an inability to connect with Black voters, an extremely liberal voting record in the Senate, and an overall lack of star power (compared to other possible running mates, such as Bernie Sanders) could put her in a difficult position with a variety of voter groups.

Joe Biden is a career politician and, therefore, held to a higher standard by the general public. Claims of “corruption” made against Biden and his family may not necessarily define his chances of being elected, however, such claims do muddy the waters of his political career by calling his past actions into question.

Whereas the “businessman” narrative Trump enjoys releases him of a similarly damaging effect – comparable claims made against the Trumps bear much less of a bite.

The Trump mantra regarding Covid-19, “the cure cannot be worse than the problem,” is supported in Republican and some swing states.

Lockdowns and restrictions are seen as unnecessary and even oppressive – there is a belief that such measures are “totalitarian.” Fear of government control has deep roots in American culture – where individual liberty and freedom of choice is cherished. This belief has perhaps given Trump some license for quickly rebooting the economy, using the “liberty” ticket as a Teflon vest as the death tolls rise.
Moreover, states hold significant power within the U.S. system – making it easier for Trump to delegate blame to lower-level politicians, such as governors and local leaders, for their handling of the pandemic.

Additionally, branding the virus as “the China Virus” could also be quite effective in shifting the blame. This is especially significant with respect to his locking horns with China over trade deals, much to the delight of his base voters.

It is worth noting that despite the pandemic’s obvious impact, the general public appears to have a relatively positive attitude. This is possibly due to a belief that they will soon return to the economic prosperity enjoyed just before the pandemic. In fact, Gallup conducted a recent survey finding that 56% of respondents feel they are better off than they were four years ago.

Trump presided over a very robust economic expansion between 2016-2019. It was a growth that was driven in part by the momentum of job creation under former President Obama, but accelerated by President Trump’s tax cuts and slashing of regulations that were seen to be stifling businesses. Historic unemployment rates for minorities pre-Covid is also a win for Trump, who is looking to win the support of Black and Hispanic voters.

There has been significant improvement in the US economy, but many among the working and middle classes are still reeling from the downturn during this pandemic. However, the fact that Trump can point to a tangible recovery could serve him well in the election.

According to the BBC, “official figures show the economy grew at a record 33% annual rate over the three months to 30 September…” The timing of this result may propel Trump to victory this week.

Amy Coney-Barrett’s recent confirmation to the Supreme Court will likely have a substantial impact on voting behavior this election cycle. Given the difficulty former President Obama experienced with his appointment of Judge Merrick Garland, this swift appointment and confirmation process carries heavy weight.

The concern over Roe v. Wade may trigger an uptick in female voter turnout, as well as in support for Biden. Simultaneously, from the perspective of his supporters, this is considered a major accomplishment of the Trump administration.

Coney-Barrett’s confirmation is a significant achievement for the Republican party, as it now means a majority of the sitting Justices have been appointed by Republican presidents – a development that is very likely to generate new and strengthen pre-existing support for Trump.

Disclaimer: GRI is apolitical, objective and will never endorse a political party or movement. Furthermore, our “forecast” should not be taken to be investment advice of any kind. 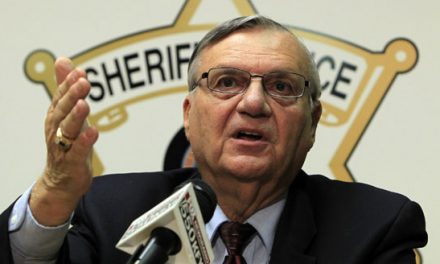