Additionally, Rohit Gupta’s four-minute film Another Day, Another Life got the Grand Goldie Best Short Film award at the ceremony.

Film director Rohit Gupta is ecstatic. “I am happy that these movies continue to find their audiences. Winning ten awards at the Goldie Film Awards took me completely by surprise not because I think any less of these films, but because all of the others are much larger in scope. This is also a testament to the adage “Belief is where it all begins,” said the director in a phone interview.

The plot of both films is filled with pivotal moments, which affect the outcome of the characters’ actions and at each one of these “what if” moments. The films take the viewer on a roller coaster ride of emotions leading to introspection.

Both the films, shot in New York on shoestring budgets, continue to gain more recognition than most films on the international film festival circuit. Another Day, Another Life, a short film made in 2009 became an instant classic and still continues to be invited to shown around the world. It was also an Official Selection at the world-renowned ‘Short Film Corner’ at the Cannes Film festival in 2009.

These films have jointly won over 120 international accolades including multiple highest honors and top awards at numerous film festivals that continue to share space with the major publicized productions around the world.

In addition to being a moviemaker to keep an eye on, the multifarious innovator Gupta, an MBA graduate from the US, is a strategic business professional who has led several start-up firms from strategy to execution in multiple domains. 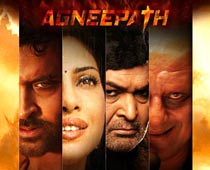