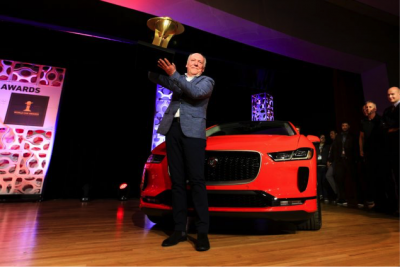 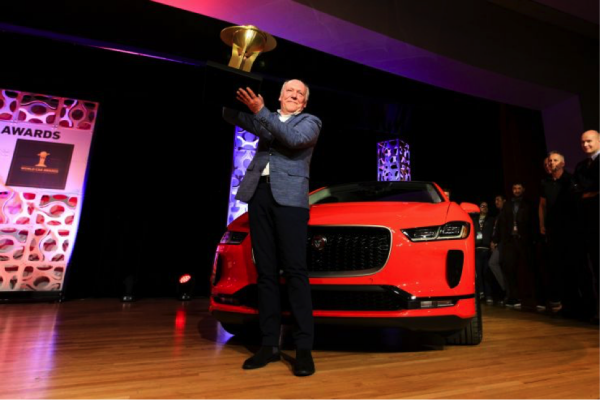 Ian Callum and the Jaguar I-Pace accept the award for the 2019 World Car Award at the New York Auto Show in New York on April 17th, 2019.

April 23, 2019 – More than two dozen new cars, trucks, crossovers and concept vehicles are making their debut at this week’s annual New York International Auto Show, the sort of rollout that would traditionally be expected to give a boost to the U.S. new car market.

But despite the almost uniformly bullish speeches at the show’s media preview Wednesday, there’s a sense of growing concern, if not outright pessimism, that came across during interviews and private conversations with industry leaders and analysts at the show.

“At best, stagnation is expected for 2019,” said Steve Rich, a vice president with auto supplier Autoneum, during the opening ceremonies of the show, which runs through April 28. And that may be an overly optimistic view.

January and February saw sharp downturns in U.S. new vehicle sales, though many in the industry tried to downplay the poor showing by blaming the bad weather that spread across the country.

Things didn’t look much better in March, with overall first-quarter demand down by nearly 4%. Even powerhouse manufacturers like General Motors and Toyota tumbled, only four brands finishing out the first three months of the year with increased retail sales.

Manufacturers are trying to retain a positive attitude. Fiat Chrysler’s U.S. sales director Reid Bigland said earlier this month that it was a tough first quarter, but “with spring finally starting to show its face and continued strong economic indicators … we are confident that new vehicle sales demand will strengthen going forward.” 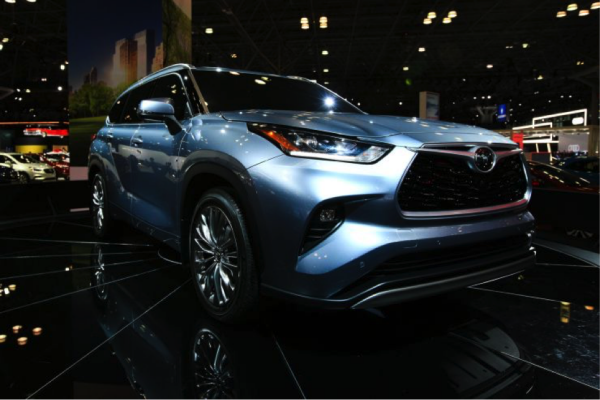 The optimists are quick to point out that, after taking a modest 2% tumble in 2017 — marking the first downturn since the end of the Great Recession — the U.S. market defied expectations of another dip last year, posting a modest increase to 17.27 million vehicles. But most observers see that as a fluke.

“We have to face the fact that we’re up on a plateau, so a downturn is not surprising,” said Joe Phillippi, head of AutoTrends Consulting, echoing forecasts by experts such as LMC Automotive and IHS Markit, that see 2019 coming in between 16.6 million and 16.8 million.

“Most in the industry have been saying that sales would decline this year, and we’re actually seeing that happen,” said Brian Smith, the chief operating officer at Hyundai Motor America. 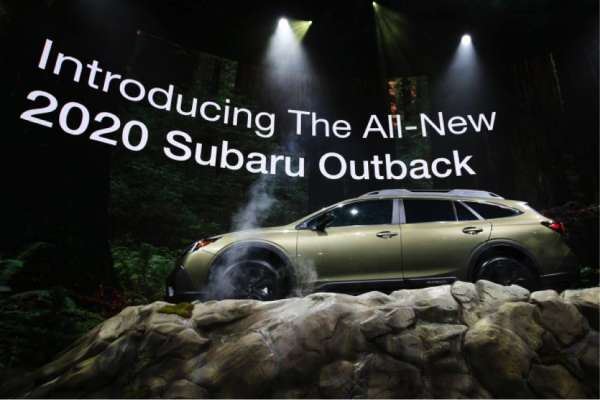 Smith expects that 2019 will serve up a mixed bag. He believes the Korean carmaker will reverse the sales decline it faced mid-decade as it grows what had been a minimal lineup of sport- and crossover-utility vehicles. With the addition of the subcompact Venue at the New York show, it will soon have seven utility vehicles in its lineup, more than double it had three years ago.

Staying current with rapidly shifting market trends is part of the challenge for automakers. Demand for SUVs and crossover vehicles now accounts for more than half of domestic sales, with traditionally dominant sedans at barely a third of the market.

That has led some manufacturers to sharply pare back their passenger car offerings. General Motors is planning to phase out six models — closing three North American assembly plants in the process. Ford, meanwhile, is phasing out all of its sedans, coupes and hatchbacks except for the Mustang, and company officials acknowledge that move has hurt sales in recent months.

Not everyone is convinced the “crossover boom” means the end of the traditional passenger car, however. The cutbacks by companies like Ford and GM “will help us,” Jack Hollis, the head of the flagship Toyota division, said in an interview at the New York show. The automaker’s own news at the show included the launch of a next-generation Yaris hatchback, as well as a complete makeover of its big Highlander SUV. 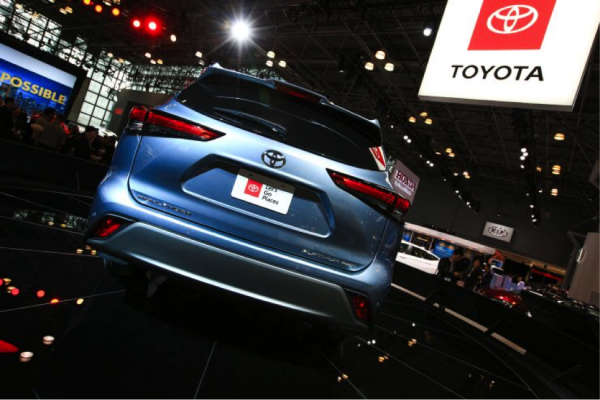 Hollis remains upbeat about the industry’s chances for 2019, though he also believes sales will drop to 16.8 million or slightly under. But that is far from a crisis, he told CNBC, and reflects a still strong economy, extremely positive consumer confidence levels, and other factors, such as the decision by the Federal Reserve to halt rate hikes, at least for now.

“I truly believe we’ll see a stronger market than what was expected at the beginning of the year,” said the U.S. Toyota brand boss. Hollis said, however, there are plenty of external factors out of the industry’s control that could send the American market tumbling. And he’s far from alone.

His own boss, Bob Carter, the head of Toyota’s U.S. automotive operations, pointed to the threat of new tariffs on imported autos, something he called “a bad idea for the industry.”

If President Donald Trump goes ahead with a threatened 25% tariff on foreign-made cars and car parts, analysts have warned, even American-made vehicles could see big price hikes. Toyota previously forecast that would drive up the cost of a Camry sedan assembled in Kentucky by as much as $1,800. But during a conference last week tied to the auto show, Carter revised that estimate and warned the midsize sedan’s price could jump by as much as $4,000.

For luxury vehicles, such as those made by Toyota’s Lexus brand, as well as by Mercedes-Benz and BMW, the increases could run well into five figures. Also speaking in New York, Klaus Zellmer, the president and chief executive officer of Porsche Cars North America, said his company could buck the market’s downward trend and deliver record sales in 2019. However, a 25% tariff would reduce Porsche sales in the U.S. by as much as 20% this year.

Trade issues form one of the biggest concerns facing the industry. Automakers have already had to adapt to the tariffs on imported aluminum and steel which, Ford and GM have said, added $1 billion apiece in increased costs last year.

Pricing has become one of the biggest concerns for the industry, with various industry analysts estimating that the typical new vehicle now sold in the U.S. costs around $34,000 to $35,000.

Automakers have tried to offset rising costs by offering cash incentives, subsidized leases and ever-longer loans. But what Hyundai’s Smith calls “an affordability piece” is going to get more difficult to address going forward, he said. For one thing, it is difficult to spread out loans over more than 72 months, or six years.

Even then, motorists are now “upside-down” in such lengthy loans that they often have to wait before buying a new vehicle since they would otherwise find their old cars are worth less on trade-in than they still owe the bank.

Barring a major international crisis or a sudden economic meltdown, auto industry officials and observers are confident that the U.S. market won’t see a meltdown anytime soon, and even if there is a dip in demand, it won’t be nearly as severe as what they saw at the beginning of the decade. But they also worry that many things that could impact the market are out of their control and could yet cause serious problems.

Disclosure: Paul Eisenstein is a freelancer for CNBC. His travel and accommodations to the New York International Auto Show were paid for by Ford. 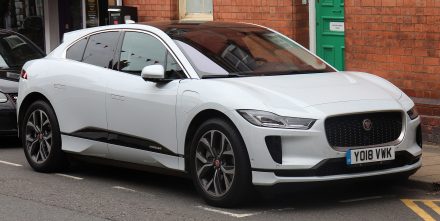 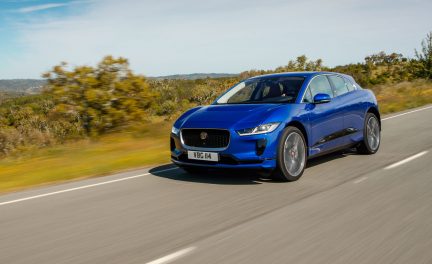