If there’s anything we’ve all learned over the past few years, it’s that knowledge is power when it comes to investing in, borrowing money from, or socking money away in banks and other financial institutions.

Some deserve your money.

And if you don’t know the difference, you could lose fortunes!

Case in point: In the first phase of the massive credit crisis, the U.S. housing and mortgage markets imploded. Institutions like Lehman Brothers, Bear Stearns, Washington Mutual, Fannie Mae, Freddie Mac, IndyMac Wachovia, and more either collapsed, were forced into shotgun marriages, or were bailed out to the tune of billions of taxpayer dollars.

Meanwhile, the stock market collapsed. Junk bonds collapsed. Large depositors had to worry about their money going up in smoke. It was truly an epic disaster.

But a few select individuals were fully prepared for the carnage …

They knew which banks and other institutions were at risk of failure — well in ADVANCE! That’s because they had simple, easy to understand information on U.S. bank safety — information based not on spin, hype, or subjective feelings, but rather hard, quantifiable data and facts.

Their Ace in the Hole? – The Weiss Ratings

If you’re not familiar with Weiss Ratings, allow me to give you a quick introduction …

They’ve been rating banks since 1989 and credit unions since 2010. Here in the U.S., they now cover over 14,000 institutions in all 50 states and are set to launch global bank ratings on 200 of the largest publicly-traded banks in the world. Their work and their analysts have been recognized by investors, government officials, and the general public for their uncanny accuracy and valuable foresight.

Indeed, of the 440 institutions that failed between 2007 and present day, 90 percent were flagged in advance, rated D (“Weak”) or E (“Very Weak”), well before they imploded.

Now, the stakes are even higher. Now, we’re clearly embroiled in phase TWO of the great credit collapse. Only this time, it’s not just U.S. banks at risk. It’s GLOBAL banks all around the world. It’s not just BANKS that are failing to meet their obligations, or needing massive bailouts. It’s entire SOVEREIGN NATIONS!

That introduces all kinds of new risks … and new opportunities!

Look at what’s happening in Greece, for instance. Depositors have been rushing to withdraw money from weak banks there. Lines at ATMs are getting longer, with almost a billion dollars flowing out of Greek banks in just a few days in mid-May! Similar moves could be coming down the pike in Portugal, Ireland, Spain or Italy as the banking crisis escalates.

For our European readers, wouldn’t it be great to know which banks CAN be trusted with your deposits — and which CAN’T? Wouldn’t you like to know who you can do business with? Wouldn’t you like the peace of mind that comes with knowing your bank has the asset quality, liquidity, and earnings to power through this crisis … and which you should limit your exposure to right away?

And for U.S. investors, wouldn’t it be nice to know if bank risk is rising sharply? If bank ratings are dropping like a rock? Which institutions — and countries — are most at risk of seeing their stocks, bonds, and currencies tank?

Just think: If you knew — in advance — where to move your money, you could minimize your losses during this escalating crisis. Or if you’re more aggressive, you could use that information to go for PROFITS — using select investments designed to rise in value when those vulnerable institutions, stocks, bonds, and currencies decline.

My latest report gives you that information – here’s how to harness it!

Look, a few years ago when I saw the U.S. banking and housing markets coming apart at the seams, I knew I had to do something to help investors protect themselves. So I pulled no punches. I named the names of banks at risk of failure. I told investors which stocks to avoid like the plague, and many of them crashed and burned.

Now that the banking crisis has gone global — sweeping up not just banks, but entire sovereign nations — I’ve teamed up with Weiss Ratings to do it again. I’ve just put the finishing touches on a special report called Winners and Losers in the Great Global Banking Crisis of 2012-2013.

This blockbuster report starts off by explaining, in great detail, why we believe a new global banking crisis is practically guaranteed. But that’s just the beginning. It also gives you:

* A complete forecast on just how bad the coming global banking crisis is going to be (Hint: Far WORSE than anything we saw during the collapse of Lehman Brothers in 2008!) …

* Plus, the three rock-solid (yet virtually unknown) foreign banks that look like a great bargain right now — with all the necessary details like how to buy them!

In short, I’ve partnered with my colleagues at Weiss Ratings to give you everything you need to get ahead of this rapidly-evolving situation … the very same one that the rest of the world seems hell-bent on brushing under the carpet.

Many of the institutions we’ve identified are already falling. Many investors are already losing money, especially now that U.S. markets are following foreign markets off a cliff. Can you really afford to sit idly by while your hard-earned savings goes up in smoke? I trust the answer is no, which is why I urge you to go here right away! 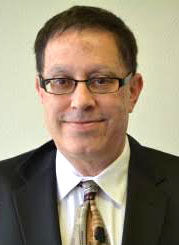