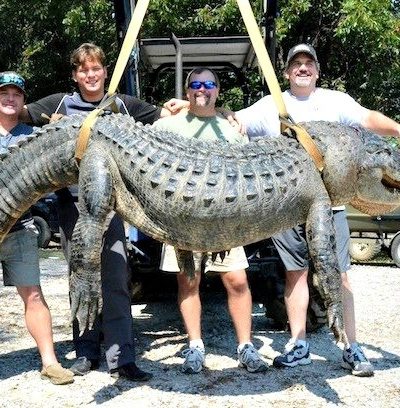 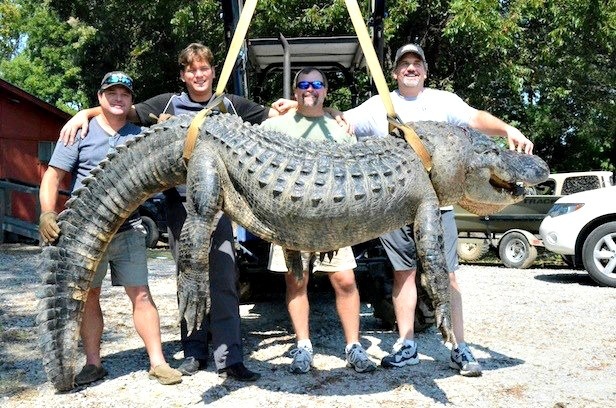 After the massive alligator had been hooked, hunter Tom Grant said, “It was an hour and a half of pure tug-of-war and chaos before we finally had him restrained.” That four-man effort, on Friday at a private hunting ranch in Mississippi, resulted in the capture of a gator weighing 697.5 pounds, the heaviest-ever in the state and among the heaviest ever harvested.

Grant said his group set their hooks into the prehistoric-looking beast during the legal hunting season near Fitler inIssaquenaCounty, west of theMississippi River.

“When we snagged the alligator with two rod and reel snatch hooks, we knew he was big, we just didn’t know he would be this big,” Grant said.

A day later the Mississippi Department of Wildlife, Fisheries & Parks confirmed the gator as a state record. The previous record tipped the scale at 690.5 pounds; it was caught last year in the same Delta waters.

“This is not the first record to come fromIssaquenaCounty and probably will not be the last,” said MDWFP Alligator Program Coordinator Ricky Flynt. “The lower Delta region of the state is home to some very remote and abundant habitat that has harbored large alligators for thousands of years.”

Grant is credited with the more recent catch. His gator measured 13 feet, 1-1/2 inches long and boasted a belly girth of 65 inches, revealing that it had been very well-fed. Its tail girth was 45 inches.

Grant’s fellow hunters were Jim Reed, Michael Robbers and Kenny Winter.
The reptile is at the upper end in terms of size for American alligators.

National Geographic states on its website: “An alligator weighing 697.5 pounds is now out of the water and into theMississippi state record book. Hunter Tom Grant ofBoyle,Miss., caught the massive gator on a private hunting club near Fitler inIssaquenaCounty, west of theMississippi River.”

American alligators, whose range is from the southernU.S. throughout much ofCentral America, were once hunted to near-extinction but now thrive.

Said Flynt: “The recovery of the American alligator inMississippi from an endangered species to a population that now has reached levels to sustain limited hunting status is a true wildlife conservation success story.” 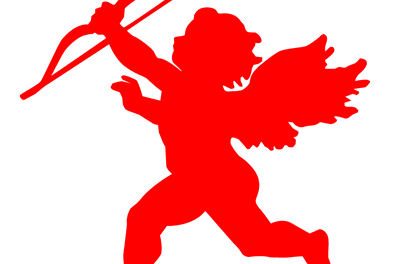 This Valentine’s Day, Push the Reset Button on Love (and Start with Yourself!) 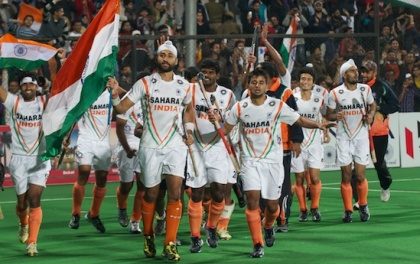