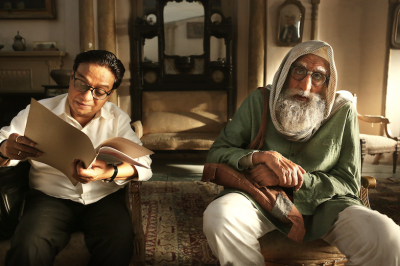 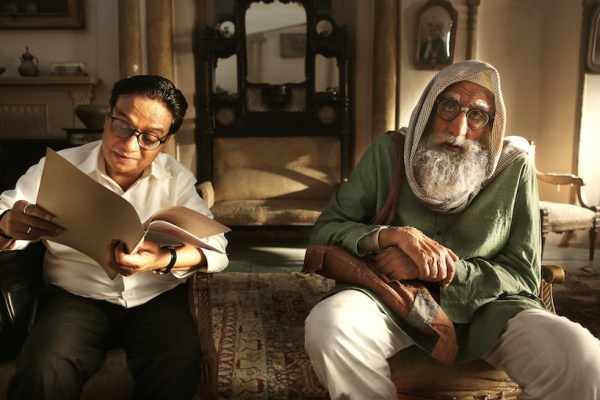 On working with Shoojit Sircar: “What I have developed over the years working with Shoojit is an immense respect for his craft, his understanding of the subjects he chooses to make and the great cinematic guile he possesses in designing his characters. Directors are all-rounders. They possess immense qualities.

They are scriptwriters, screenplay setters, production designers, music directors, editors, actors and marketing and publicity gurus. Shoojit is in command of all these qualities. Each time I have confirmation in my mind, that this is what Shoojit is thinking, he comes out and destroys it by giving me much better options in my thoughts.”

On Ayushmann Khurrana: “Ayushmann is a most promising actor, of immense standing and caliber. I am honoured to have had an opportunity to work with him and learn. It is important to have an understanding colleague both on and off camera, and Ayushman has been more than that. I hope that he felt the same.

Gulabo Sitabo is a native puppet show and can be watched in different parts of UP. Do you have any memory of watching the puppet show as a kid or were you aware about it?

I am aware about puppet shows; my younger days have always been filled with their presence in our homes, as have they, during the growing up period of my children and my grandchildren. Puppet shows are everywhere in the country, not just in UP.

Yes, the inspiration of GiBoSiBo came to Shoojit Sarkar after witnessing the puppet show, you mention, in UP. But that is where it all ends. I saw it for the first time on the net, when Shoojit introduced me to it.”

On Gulabo Sitabo Prosthetics: “Prosthetics take time and a great deal of care and patience for it to be successfully executed. For GiBoSiBo it was no less; 3-4 hours each day on the makeup chair. Shoojit came with a reference picture of how he wanted Mirza to look and the team simply followed, as did I!

The challenge with prosthetics is the factor that it retains its look for the duration of the timings of a shoot. With our work done during the summer months of UP it was a difficult task to maintain that protocol. But it was managed, and the look does contribute to the character in the film.”

On shooting in Lucknow: “Lucknow as a city has its great history, aesthetics and distinct culture. Shoojit wanted to bring all of that out in his story and he has succeeded to display the essence of this remarkable city in the film. Be it the locations the characters portrayed in the film, the language, and the ambiance, all of it. It’s a wonderful blend and I am so happy that Shoojit chose Lucknow. There could not have been a better location.

As far as production goes, the management of the city authorities was impeccable. The people were generous, kind and understanding, as were they, ‘shooting’ friendly. We never faced any issues at all. And we worked in some of the most identifiable locations in the heart of the city.”

On the new generation of actors: “The NEWGEN of the film Industry is a remarkable mix of confidence and extraordinary talent; something that I never had nor ever will. They are a very superior lot. I am in awe of them. Being in their midst is a learning, a huge learning for me. I do not know what ‘raising the bar’ means in a professional setting, but if there was a bar to be raised I do hope I was able to accomplish enough to comply!”

On OTT release: “Creative works are ever under scrutiny and assessment, when exposed to the public, so one has to accept their verdict – one that we value. The audience shall decide the fate of the film, so let’s not jump to any conclusions.

Yes, circumstances have been so prevailing that the OTT platform is being exploited for the release of GiBoSiBo and many factors have had to be absorbed in order that this decision could be taken by the Producers. As with every new invention we await the results of this experiment too.

On Shoojit and Ayushman: Shoojit is a prolific maker and Ayushman a prolific star, expectations are bound to mount. But that is where we need to stop for the moment. The living part is yet to be decided; it lies in abeyance!” 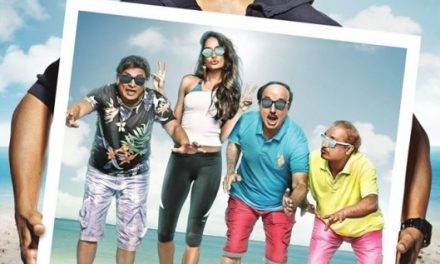 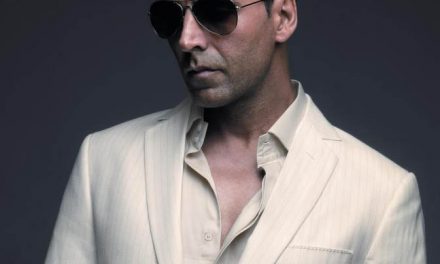