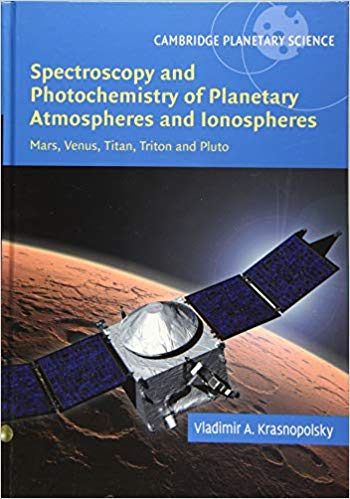 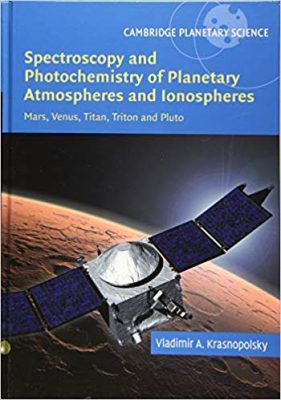 Did you know that the origin and evolution, and the thermal balance, climate, and dynamics of a planet can be determined by looking at the chemical composition of its atmosphere?

This is what I understood (I could be wrong) by reading the quoted statement below by the author of this book, a retired research professor named Vladimir A. Krasnopolsky:

“The chemical composition of any planetary atmosphere is of fundamental importance in determining its photochemistry and dynamics in addition to its thermal balance, climate, origin, and evolution.”

Spectroscopy is the principal means of analyzing the atmosphere of a given planet, or finding out what gases and chemicals are found in it. Mars’ and Venus’ atmospheres (and ionospheres) are composed mainly of carbon dioxide, while those of Titan, Triton and Pluto consist principally of nitrogen and methane.

In this book, the author has organized the content in two basic parts, although he has not specified it in his listing of contents. The first part is chapters 1 to 10, and the second part is chapters 11 to 15. Spectroscopy and the methods used in it are in chapters 3 to 7, and chapters 8 to 10 are about other related subjects. In the second portion of the book, he discusses the atmospheres of the three planets -Mars, Venus, and Pluto – and then, the three moons – Titan, Triton, and Charon.

He takes a look at the Solar System in the first chapter, and in chapter 2, he discusses the properties of atmosphere and how they vary among celestial bodies.

Among the planets in the Solar System, he shows a table with basic measurements of each planet such as the time it takes to go around the sun (revolution), the time to complete a full turn on its axis (its rotation), its radius of its equator, its surface gravity, and other measures.

In the case of our home the Earth, we all know it takes a year (365.3 days to be precise) for the Earth to complete a circle around the Sun, and twenty-four hours to do a rotation on its axis (a full day). But did you know the Earth’s radius around its equator and its surface gravity? The radius around our equator is 6,378 kilometers, or nearly 3,560 miles, and the gravity on our surface (measured in units of acceleration) is 9.78 meters per second, squared, written as 9.78 ms2.

Comparatively, it takes Jupiter, the largest planet in our Solar System, nearly 12 years (11.86 years to be precise) to complete a circle around the Sun, but only less than 10 hours (9.93 hours actually) to finish a rotation, turning around its massive axis. This giant planet’s radius around its equator is 71,492 kilometers, which is over 44,423 miles, almost twelve and a half times the 3,560-mile radius of the Earth’s equator. Jupiter’s surface gravity of 24.8 ms2 which is more than two and a half times (2.535x) that of the Earth’s. So its gravitational force must be really powerful.

When we typed in the word the phrase ‘planetary atmosphere’ on Amazon, we found only 10 books! So there are very few books on the market these days that discuss planetary atmospheres, even as humans have in recent decades gone deeper into discovering other worlds. This one fills the very timely need for such information quite well. That need for information, insight, and understanding is so timely and so important now.

Now retired, Vladimir A. Krasnopolsky was previously a research professor in the Department of Physics at the Catholic University of America in Washington, DC. An expert on spectroscopy and photochemical modeling, he is the author of three books, six book chapters, and 182 refereed publications.

He is one of the most highly cited scientists working on planetary atmosphere research and was awarded the USSR State Prize in 1985 for his studies of Venus. He has worked on many space missions throughout his career and was the principal investigator of the airglow spectrometer on the Mars 5 spacecraft and the Venera 9 and 10 missions to Venus, the three-channel spectrometer on the Vega mission to Venus, and the infrared spectrometer on the Phobos 2 orbiter. 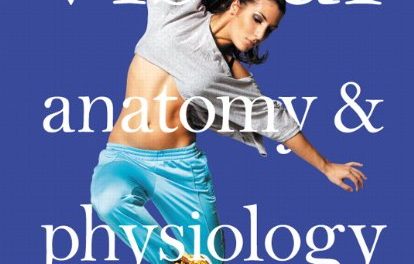 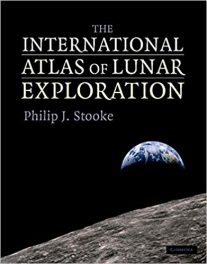 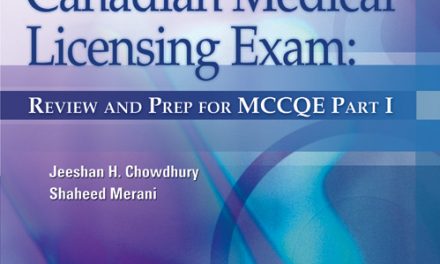 Book Review: Essentials for the Canadian Medical Licensing Exam – Review and Prep For the Medical Council of Canada Qualifying Exam (MCCQE) Part I 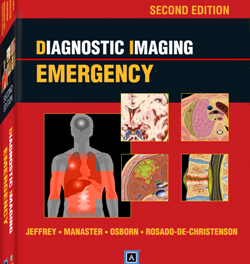