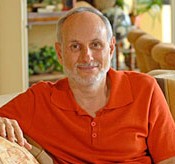 Even as I write these words, the world’s largest economy — the E.U. — is coming
unglued at the seams.

The world’s second largest — the U.S. — is careening headlong toward a fiscal cliff that
promises to gut its GDP.

Nearly all of Asia — including Japan, China and India — is slowing dramatically. And
yet, most investors still don’t get the message.

They’re continuing to invest as if nothing has changed. They’re taking risks that, in prior
eras, would have been deemed wildly imprudent. They’re holding massive sums in banks
that are akin to gambling casinos.

And even when they DO rush to safety, they often jump from the frying pan into the fire,
buying the bonds of some of the most fiscally bankrupt governments on Earth.

Why? There can only be one possible explanation for this pathological complacency …

Of Government to Prevent Financial Disasters

The origins of the complacency are not hard to see: Every time a major financial disaster
has struck in recent years, Big Government has swooped down like Superman to
supposedly rescue the victims.

And every time global financial markets have come to the brink of a total meltdown, Big
Government has pulled them back from the abyss.

So it’s only natural for investors to sit back in a state of semi-eternal bliss, assuming
governments will continue to do the same.

But there are three major flaws in that assumption:

Flaw #1: Governments rarely prevent financial collapses — they almost invariably
intervene only AFTER the collapse has struck.

History proves that it’s only at an advanced stage of the crisis that governments can
gather the political and financial capital to respond. Result: By the time the official rescue
squad finally reaches the scene of the disaster, countless investors are already buried
under the rubble.

Flaw #2: Almost invariably, the government’s priority is to bail out bond investors and
other creditors. Stock investors are last in line. Even when the rescues are “successful,”
they often wind up with little more than pennies on the dollar.

Flaw #3 — the biggest of all: For the first time in modern history, governments
themselves are in need of the giant bailouts. Needless to say, this raises serious doubts
about their future ability to rescue bankrupt banks, insurance companies or industrial
conglomerates.

This is not just a theory about the future. It’s a very practical matter facing local, state and
federal government all over the world —

In U.S. cities and states like San Diego, San Jose, Wisconsin, California, plus many
others, the governments are beginning to look a lot like Greece — trashing their promises
to retired employees and cutting pensions. The reason: Not enough money.

Many more U.S. states are cutting off extended unemployment benefits a lot sooner than
expected — again because of insufficient funds.

Meanwhile, in Madrid, the Spanish government has done virtually nothing to stem panic
withdrawals from its banks — a five-alarm fire that, in any other time or place, would
have prompted an immediate injection of cash from public coffers.

Why? No more money!

In Athens, Lisbon, Tokyo and even Washington, the bottom line is, or soon will be, the
same: NO MONEY!

This is why Spain has now run to the European Union to plead for an international
bailout of its banks.

And it’s why you’re likely to see far more demands for even bigger bailouts — all with
money that simply does not exist.

We’re No Longer the Only Ones

Mario Draghi, the President of the European Central Bank, warns of increased risks and
virtually admits they’re running out of bullets to fight the spreading crisis.

And Moody’s tacitly warns that the crisis is also threatening the stronger countries of
Europe: It has downgraded six of Germany’s largest financial institutions — not to
mention the three biggest Austrian banking groups.

Everywhere, more experts and officials are beginning to recognize what we wrote long
ago:

• If stronger countries like Germany and Austria pour good money after bad, stepping up
their bailouts of Spain, Greece and their banks, what will happen? It will merely drag the
stronger countries down into the morass, gutting their own credit rating. But …

• If the stronger countries DON’T step up their bailouts, the consequences could be
similar or worse! The entire European Union risks collapse, gutting their credit ratings
just the same.

This Catch-22 dilemma helps explain why the authorities hesitate, why they fall behind
the curve, why they let each crisis fester and then explode.

Finding all this hard to believe? Then consider how COMMON government inaction has
been in crises of the past …

Black Monday of October 19, 1987 wiped out over one-fifth of the Dow’s value in

a single trading day. Washington was caught totally off guard. The crash struck so
suddenly and quickly, by the time the authorities could figure out what was happening, it
was mostly over.

The Savings and Loan Crisis of the late 1980s took down 747 savings and loan
associations in the United States — more than one-fifth of all such institutions in
existence. Washington was powerless to prevent their demise.

The 1997 Asian Crisis was the first great financial contagion of our generation,
spreading from Thailand to Indonesia, South Korea, the Philippines, Malaysia,
Singapore, Japan and the rest of the world. No government or international organization
was able to stop it from happening.

The dot-com bust of the early 2000s also caught officialdom totally by surprise. It put
some of the world’s largest technology companies out of business. It wiped out $5 trillion
in market value. It sunk the entire U.S. economy into recession. Yet the U.S. government
could do nothing to prevent it.

The subprime mortgage crisis of the mid-2000s caused a chain reaction of events that
continue to ripple through the global economy to this day — the collapse of the world’s
largest financial institutions, the Great Recession, the sovereign debt crisis, and more.

Despite unprecedented, herculean efforts, did ANY government on either side of the
Atlantic succeed in proactively preventing these latest mega-crises?

Or did they merely kick the can down the road, spread the rot, and add more fuel to the
fire?

What about prior crises in history? What about the two depressions and 20 recessions
since 1900?

And what about the gargantuan failures that have occurred just in the last four years?

All giant institutions! Each a testament to the failure of Big Government to see the
problems coming, to take pro-active steps, to protect investors!

In fact, if anything, history proves that Big Governments played a major role in
CAUSING the excesses, which led to all these recessions, depressions, collapses and
failures!

With this abysmal track record, it should be abundantly obvious that

* Investors have got to be nuts to count on governments to save their hide!

* The only thing you can rely on in uncertain times is your own common sense and your
own independent resources.

the next episode of the financial crisis, but also from the present and future bungling of
government policymakers.

* And you should seriously consider every possible opportunity to profit from the
turmoil. 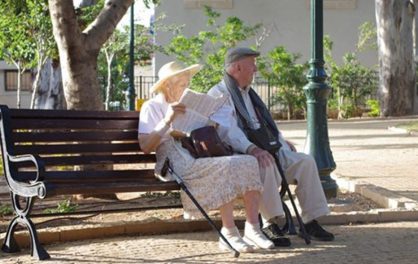 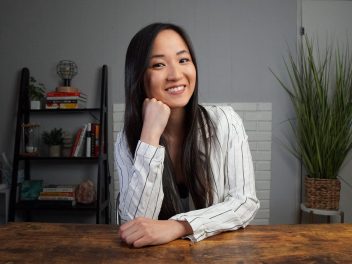