NEW YORK, NY – A new year has begun and Filipinos are once again optimistic about their future, a decade after the 2007-08 Global Financial Crisis negatively impacted many countries and millions of people worldwide. In the Philippines, exports, remittances from overseas workers and relatives, and foreign direct investments (FDIs) were all hit and became smaller in volume.

In the United States, many people lost huge sums of money and other assets. Some lost all their lifetime savings; others lost their homes to foreclosure, putting them into bigger and deeper holes of growing debt. Many lost their jobs as well, that were their sole sources of income

Economic confidence has rebounded since that financial debacle for many around the world, based on a Pew Research Center three-month-long (May to August 2018) survey involving 27 countries worldwide representing two-thirds of the global domestic product or GDP.

Asked to choose between “better off” or “worse off” on this question: “When children today in our country grow up, they will be __ financially than their parents,” Filipinos are up there in second place (69 percent) after Indonesians (75 percent) in choosing “better off”. Indians and Nigerians are No.3 and No.4 in expressing optimism – 66 percent and 65 percent respectively.

Other Asians and Africans are not as hopeful, with the median among emerging economies at only 42 percent, whereas for advanced countries such as in Europe and in North America, the median is lower, at just 34 percent. The gloomiest are French people at a dismal 15 percent.

Filipinos are also positive about their present economic condition. Nearly three of four (73 percent) said their own “current economic situation is good.” Only three other countries are more optimistic – Netherlands, Sweden, and Germany, with 85, 81, and 78 percent in the affirmative.

It is not surprising that Filipinos are so upbeat about their children’s future and about themselves in the years ahead. This exuberance is backed up by economic growth. With GDP now at $314 billion, it has grown a total 90 percent from 1990 to 2017, averaging nearly 5.3 percent per year.

Here’s additional good news for Filipinos: growth accelerated in the last four years (2013-17) of that 17-year period, to nearly 7.5 percent annually. Per the International Monetary Fund, among countries with at least $220 billion in gross domestic product, the Philippines today ranks No.4 in GDP growth after China, Ireland, and Bangladesh, and No.3 in GDP per capita.

It has surprisingly, surpassed India and Vietnam. Yes, the Philippines is a solid member of what I now call the Top Tigers having six of the world’s fastest-growing economies (with $220+ billion GDP) and a combined output of almost $16 trillion, about one-fifth of the world’s $80+ trillion economy. From largest to smallest the members are China, India, Ireland, Philippines, Bangladesh, and Vietnam.

Among the 20 fastest-growing nations regardless of GDP size, the Philippines is No.17 in speed. This larger group has many relatively smaller economies (including in Africa like Djbouti with just $1.8 billion in GDP). Super-large economies grow slower than small ones due to heir very size (e.g. elephant versus tiger). China is a rare exception, having grown 8.2 percent on average in that four-year span.

This column first appeared in the Daily Tribune in the Philippines on Sunday, Jan, 13, 2019. Read Kumar Balani’s columns in that newspaper: http://tribune.net.ph/index.php/author/kumar-balani/ 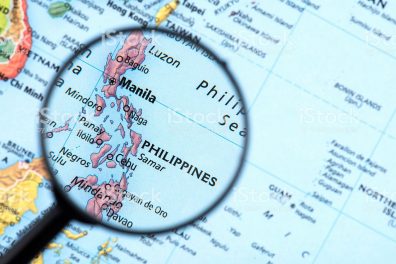