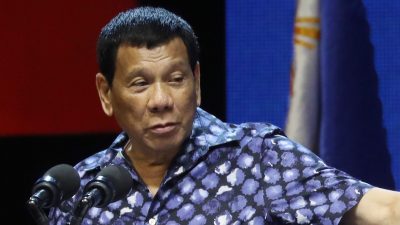 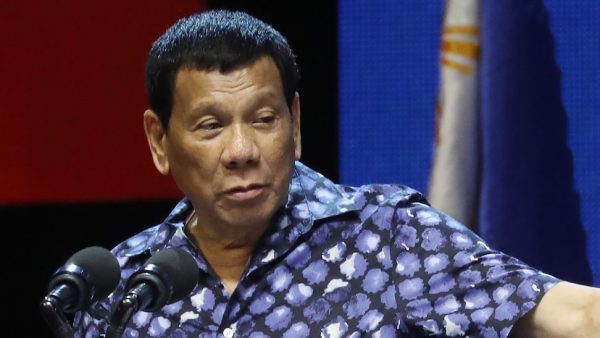 Halfway through his 6-year-term, president’s federalism plans are in doubt

Manila, June 30, 2019 – President Rodrigo Duterte won the presidency three years ago on a promise to divert wealth away from Manila – the capital he once called a “dead city” – to the Philippines’ impoverished countryside.

But halfway through his six-year-term, his plans for a federal system remain in doubt and inequality between the capital and regions continues to widen.

Government data show that per capita income for people in Manila rose 40 percent between 2012 and 2018, while it grew just 4 percent in the southern autonomous region of Bangsamoro.

Alvin Ang, an economics professor at Ateneo de Manila University, said it will take time for the regions to catch up, and a build up of infrastructure and better business conditions are crucial for narrowing the gap.

“Inequality is the unnecessary evil that happens in a country that is growing,” Ang said. “Not all areas grow at the same time.”

Duterte has plans to overhaul the nation’s constitution and replace the current unitary system with a federal one, granting local governments greater powers. With candidates backed by the president sweeping elections for Senate in May, the leader is now in a stronger position to push through policies.

But with opposition from the business community and the 2022 presidential election looming, Duterte has toned down his plan on the constitution, and now wants to just make amendments.

“If you do not want federalism, fine, but changing the Constitution would really change this nation,” Duterte told political allies on Tuesday. 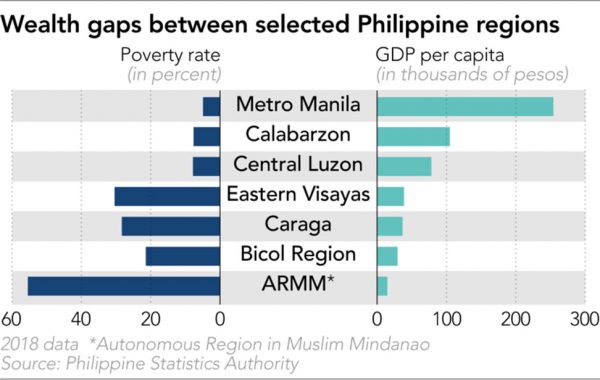 Regions in Mindanao, the country’s southern islands, are resource rich, but many areas have been largely neglected due to half a century of armed conflict that has turned away investors. The government hopes a successful referendum for wider autonomy earlier this year and Japan-backed road projects will help kick-start economic expansion in the region.

“Mindanao has been neglected. We hope that these projects that are being implemented will raise the level of the GRDPs (gross regional domestic product) of the Mindanao regions,” Socioeconomic Planning Secretary Ernesto Pernia said. “The idea of having these infrastructure projects in the region is to diminish the inequality.”

While inequalities may be widening, an increasing number of families have come out of poverty under Duterte’s rule. The percentage of households living below the poverty line was 16.1 percent in 2018, compared with 25.2 percent in 2012, according to the Philippine Statistics Authority.

The Philippine economy grew 5.6 percent in the first quarter of 2019, the first time in 16 quarters that it expanded at less than 6 percent. This slowdown was partly due to a budget impasse at the start of the year.

“We are in a high growth trajectory. We also have good figures on poverty reduction. Inequality is a different story and it’s high time that we focus on that,” National Economic and Development Authority Undersecretary Adoracion Navarro said.

In a bid to spur growth in the regions, Duterte recently suspended the approval of new economic zones in Metro Manila, putting in jeopardy 130 new buildings for the business process outsourcing sector — a key driver of the Philippine economy and a steady source of dollar reserves.

Even so, a government official tasked with helping the BPO industry grow said keeping Manila as the main headquarters is “nonnegotiable.” 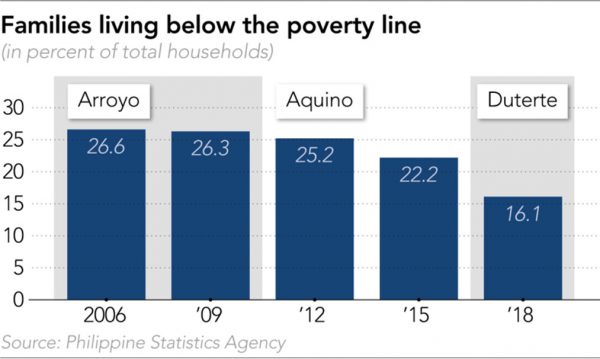 While Duterte’s off-the-cuff remarks and use of coarse language has endeared many Filipinos to him, his approach and policies such as his bloody drug war, has angered the international community.

“The past three years has been a roller-coaster ride in terms of rhetoric, in terms of the way the president has behaved before the international community and the way he relates to ordinary Filipinos,” said Jean Encinas-Franco, a political science professor at the University of the Philippines.

Duterte’s super majority in Congress means he can also push ahead with other controversial policies such as restoring the death penalty and lowering the age of criminal responsibility for children.

Duterte is also backing his daughter, Davao City Mayor Sara Duterte, as his potential successor. Franco said this was a strategic move to avoid becoming a lame duck in the latter part of his presidency.

“The mere fact that it’s being talked about gives Duterte power to influence legislators and politicians,” Franco said. 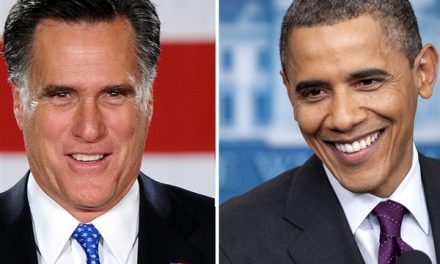 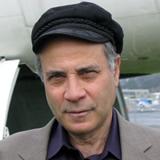