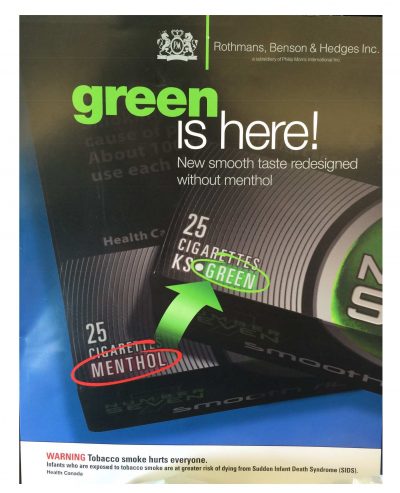 July 20, 2016 – A study published online today in the journal Tobacco Control, found that while menthol cigarettes are off the market, there are new products on the shelves that look almost identical to the menthol cigarettes available before the ban and nearly 90 percent of them are being marketed as a different, smoother alternative to regular cigarettes.

Despite a recent ban on the sale of menthol cigarettes in the Canadian provinces of Alberta and Nova Scotia, cigarettes made with similar coloring and marketed as having the same taste are still being sold, new research from the Institute for Global Tobacco Control at the Johns Hopkins Bloomberg School of Public Health suggests.

Menthol has long been added to cigarettes to give them a minty flavor and to make the smoking experience seem less harsh when the smoker inhales. Menthol cigarettes are popular with first-time smokers, and have historically been marketed to women, youth and ethnic minorities globally, with a third of young Canadian smokers using menthol cigarettes.

The study, published online July 20 in the journal Tobacco Control, found that while menthol cigarettes are off the market, there are new products on the shelves that look almost identical to the menthol cigarettes available before the ban and nearly 90 percent of them are being marketed as a different, smoother alternative to regular cigarettes.

These marketing tactics, which clearly mimic the way menthol cigarettes have always been advertised, could undermine the effectiveness of the menthol ban, the researchers say. The Institute for Global Tobacco Control conducted this research with the Campaign for Tobacco-Free Kids and the Ontario Tobacco Research Unit.

“Tobacco companies are notorious for exploiting loopholes and violating the spirit of laws aimed at protecting the public’s health, and we have documented yet another example,” says study co-author Joanna E. Cohen, PhD, a professor in the Department of Health, Behavior and Society at the Bloomberg School and director of the Institute for Global Tobacco Control. “Menthol masks the harshness of smoke, and the evidence shows that menthol cigarettes have an adverse impact on public health.”

Menthol cigarette bans were enacted in Nova Scotia in June 2015 and in Alberta in September 2015 and are believed to be the first implemented in the world. Researchers visited Alberta before and after the ban and Nova Scotia after the ban. According to statistics kept by the Canadian government, Alberta has the third-highest level of cigarette sales in Canada; both provinces together make up 18 percent of the country’s 29.5 billion cigarettes sold annually.

Before the ban, researchers in Alberta purchased 199 menthol packs from 14 brand families owned by three parent companies — Philip Morris International, Japan Tobacco International, and British American — and 63 packs of cigarettes similar to menthols from four brand families owned by Philip Morris after the province banned menthol. The researchers found no cigarettes resembling menthols made by the other two companies and none of these similar cigarettes were found in Nova Scotia after the ban.

While tobacco companies are technically complying with the regulations, this research found that brands that were previously sold with menthol are now marketed with prominent green coloring, the word “green” instead of menthol or packaging saying “smooth taste redesigned without menthol,” potentially weakening the public health benefits of the ban on menthol. Flavored cigarettes aside from menthol have long been banned in both the United States and Canada.

A number of other jurisdictions and countries have already banned or are considering bans on menthol tobacco products. Restrictions on tobacco labeling, such as the 2010 U.S. ban on words “light” and “low tar,” also prompted the tobacco industry to use colors or creative methods to replace the banned words or terms and make it easier for consumers to identify their usual brand.

While the U.S. Food and Drug Administration banned flavored cigarettes in 2009, with the exception of menthol, the FDA’s tobacco office is still considering extending the flavor ban to include menthol. Other tobacco products in the United States, like cigars or cigarillos, are still sold with flavorings.

For more information on this study and others, visit www.globaltobaccocontrol.org/resources.

This research was supported by a Lipitz Public Health Policy Faculty Award. 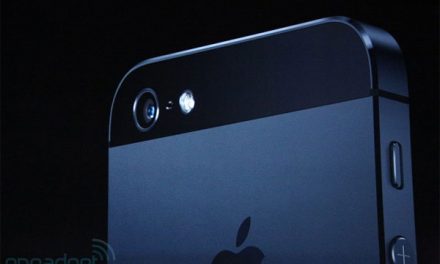 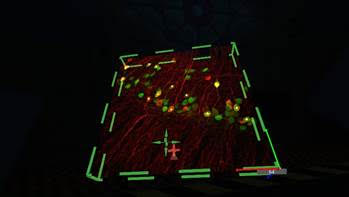